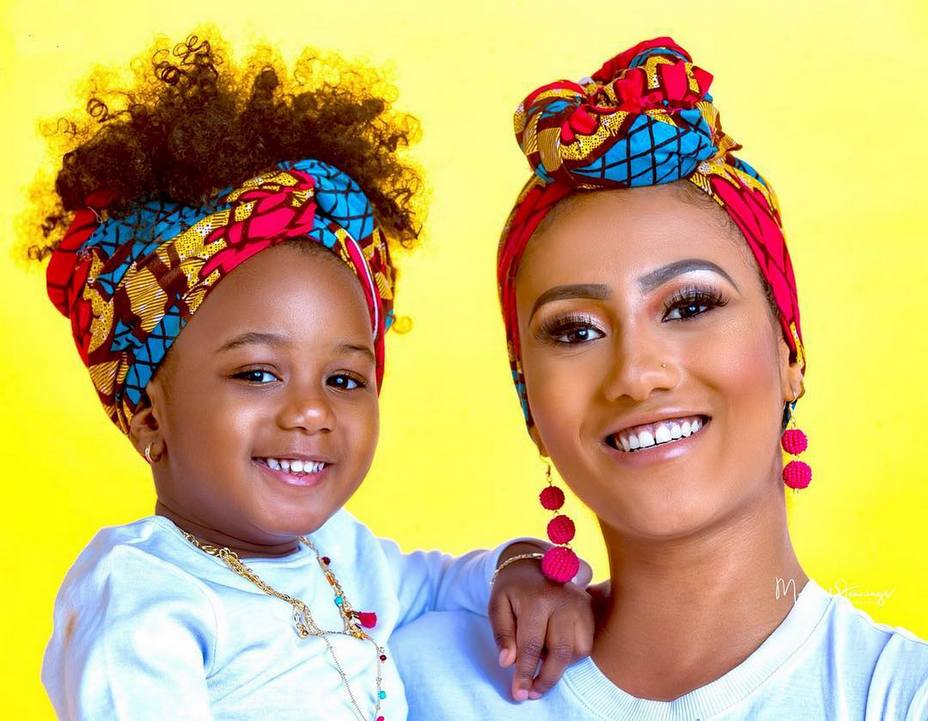 Naila4real, the daughter of social media goddess and video vixen Hajia4reall known in real life as Mona Montrage, has wowed her teeming fans on social media with a new photo.

In the photos sighted by Zionfelix.net on the official Instagram page of the young princess, Naila was seen posing somewhere that looked like a photo studio.

The young lady was seen wearing a dress that looked like a gown but had the front being shorter than the back which saw the gathers running straight to the floor.

Naila was beaming with her trademark infectious smile as she looked into the camera to have the iconic image captured.

The dress Naila had on could easily pass as an exotic wedding gown which had some glittering material showing on it.

She complimented her looks with a gold-coloured fascinator and a pair of lovely black shoes.Hajia4reall’s daughter had her hair nicely made and designed it with some colourful beads which brought out her natural beauty even the more.

Many fans, after seeing the lovely photo of Naila, took to the comment section to express their views and also shower glowing comments on her.

the_nielmiles_today came in with the comment: “My baby girl”

sportif.slac stated a complete fact when he wrote: “You are beautiful like your mum”

mabel_lamptey also commented with the obvious fact: “So beautiful”

Kwesi Ernest Details How Hajia4Reall Was Arrested At The Airport In...