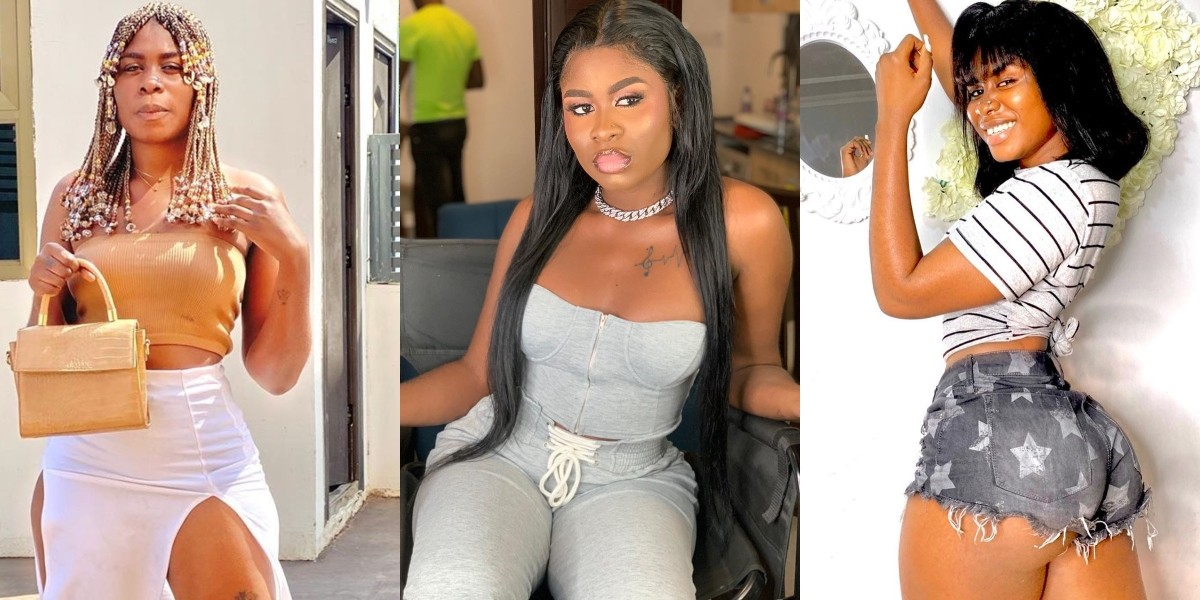 Singer and talented actress, Yaa Jackson, has left a lot of tongues wagging with a video of herself wearing a transparent net dress while attending a programme.

In a video of the actress sighted on Instagram, Yaa Jackson appeared to be attending an event when she was captured on camera showing off her beauty.

Yaa Jackson was seen beaming with smiles as she flaunted her chest while wearing a see-through swimsuit over a pair of jeans trousers and a jacket.

The Tear Rubber singer complemented her look with expensive-looking jewelry and a very nice pair of sneakers.

She also was spotted in a rare colour of weave-on on her head which saw her looking very fly in the video.

When someone spotted her and drew close to her, she gave a 360 degree turn for the camera and responded to the person who was calling out to her.

Many fans and followers of the multi-talented actress and singer took to the comment section to shower immense praise on her.

asmawuharouna also wrote: “What is this, what is happening to the world money is transforming some people into something else”

There were many of such comments that prove that even though Yaa Jackson has massive love from her fans, many people do not ascribe to her way of dressing.