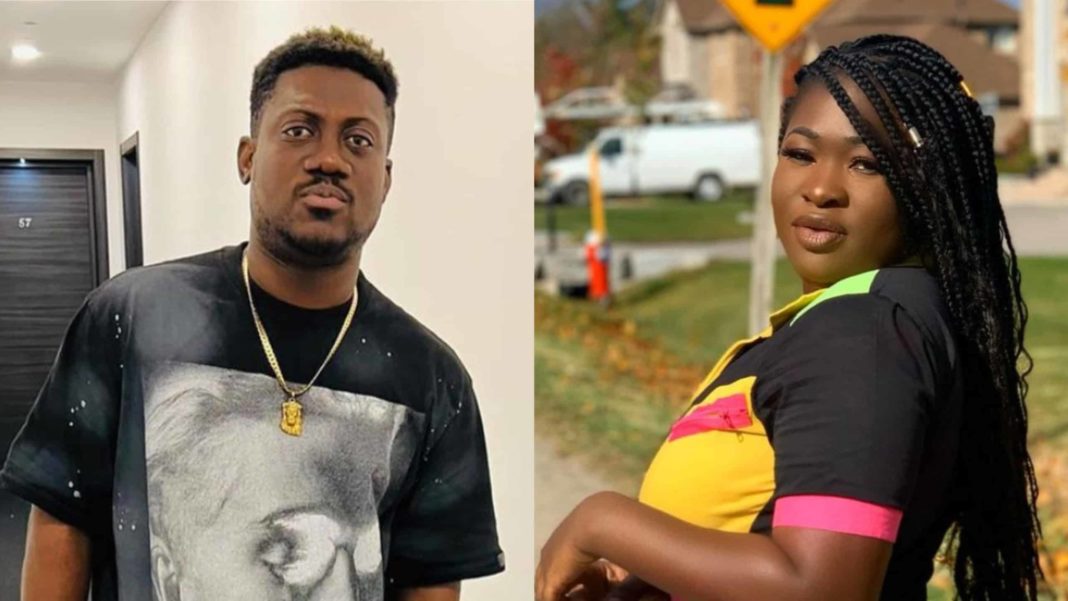 Ghanaian sensational singer, Sista Afia has finally come out to react to the recent claims of her colleague, Ayesem that she is ungrateful.

Ayesem in an interview on Connect FM in Takoradi expressed his disappointment in Sister Afia for failing to speak about how instrumental he has been to her career.

READ ALSO: Shatta Wale Reacts To His ‘On God’ Song Being Played At Stadio Olimpico

Ayesem made the point that he has written a lot of songs for Sista Afia, however, she has not given him enough credits for all that.

While many thought the issues were past and gone, Sista Afia during an interview on Hitz FM on Monday morning decided to finally tell the world her side of the story.

In her reaction, Sista Afia admitted that Ayesem has been instrumental in her career however she indicated that she was not really happy about the decision of Ayesem to describe her as ungrateful.

She added that they have co-written some songs and done a lot of work together but the manner Ayesem went about painting her black was not necessary.

Sista Afia also disclosed that Ayesem made her aware that he only said that because he was about to release a new song.

“There’s been a whole issue about this song (Asuoden) because Ayesem came out saying he did which I wouldn’t deny because he helped…like most of the songs. I really don’t want to talk about this because he is someone I consider family…The reason I’m saying this is because he’s done this before. Throughout the rap season, he said he did some things for me. When I met him in Kumasi, he said he was about to release a song that’s why he said that. Looking at the timeline, he was releasing a new song and using me to promote the song but at least he could have called me.  Don’t make me look like a bad person knowing we are good…” she said.

Sista Afia is currently out with a new single titled Makwe.

I Want To Be A Nigerian, Ghana Is Full Of Savage...