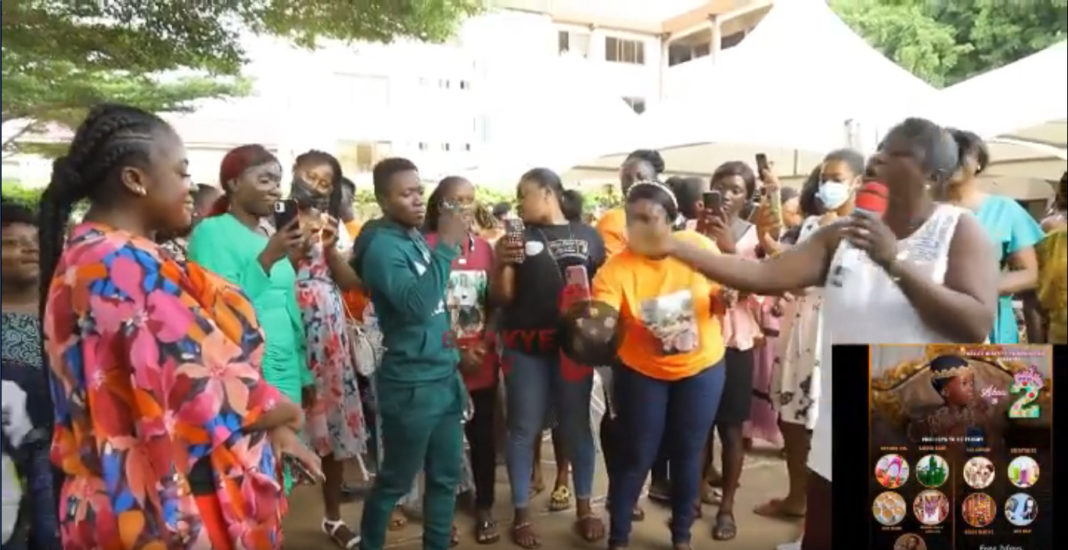 Tracey added that the training was going to focus on how people could do wigs, ice cream, liquid soaps, beads making, acrylic nails, and many other things that artisans mostly do.

Lo and behold, the training happened over the weekend at the Madina Zongo Junction (Baptist School).

It was a successful program with many patrons who came to acquire all the skills that were listed.

READ ALSO: Tracey Boakye Hits Back At Critics Who Are Comparing Her Mansion To Jackie Appiah’s Mansion

After it was all said and done, the who turned up in their numbers to acquire all these skills said powerful prayers for Tracey Boakye and blessed her for organizing such an educative program for them.

Sharing a snippet of all the activities that happened over the weekend on her social media pages, Tracey added the caption: ‘At a point, I couldn’t control myself 🥹🥹 again, I’m happy I ORGANIZED THIS TRAINING FOR YOU. The blessings yesterday was TOO MUCH FOR ME. Thank you 🙏🏿 all. Amen 🙏🏿’