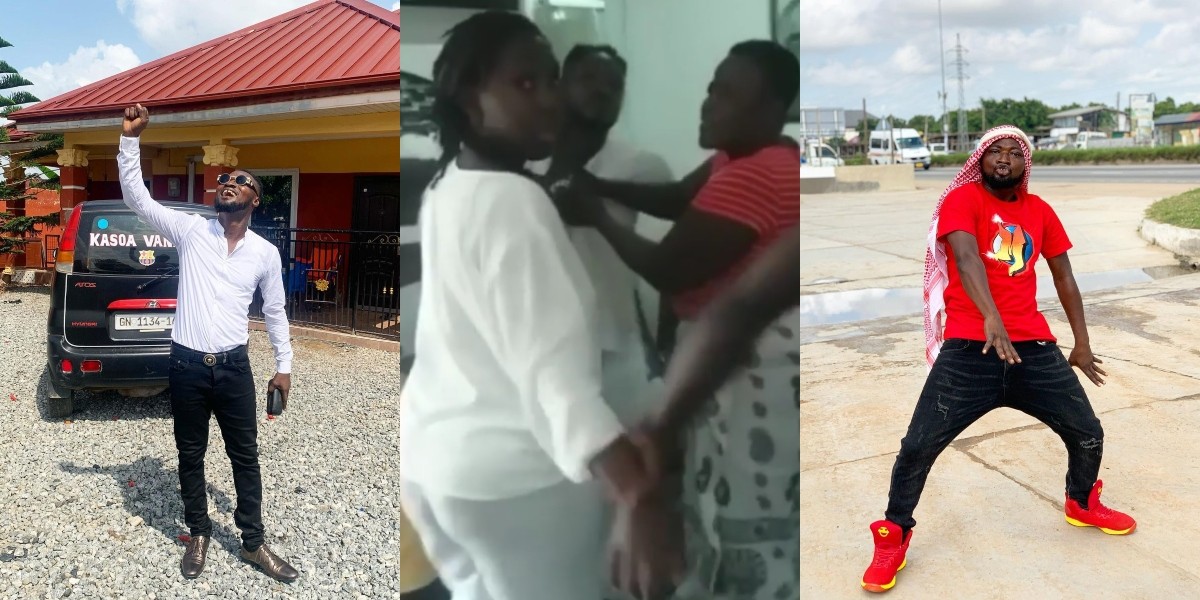 Vanessa, the mother of the twin daughters of Funny Face known in real life as Benson Nana Yaw Oduro, has said in a video that she is expecting the comedian’s child.

While speaking in a phone conversation with Zionfelix on Car Mu with Zionfelix, Vanessa said she had heard all that was going on but she was choosing not to react.

Throwing more light on her stance, Vanessa said she was quiet over the issue because of her children Ella and Bella.

She then went on to add that her current condition was not also allowing her to react since she was heavily pregnant and was due in a few days.

Vanessa said she was expecting Funny Face’s third child so she was not going to badmouth the comedian for any reason.

Funny Face has been in the news recently following a series of posts and videos he has made public.

The Kasoa Trotro star dragged many people including Maame Yeboah Asiedu who according to the actor, played a role in his fallout with Vanessa.

Funny Face has also vowed to drop a number of videos on social media to prove to the world that he was not the bad person in the whole saga.

He has already dropped two videos on social media which saw him in near fisticuffs with the mother of his twin girls.