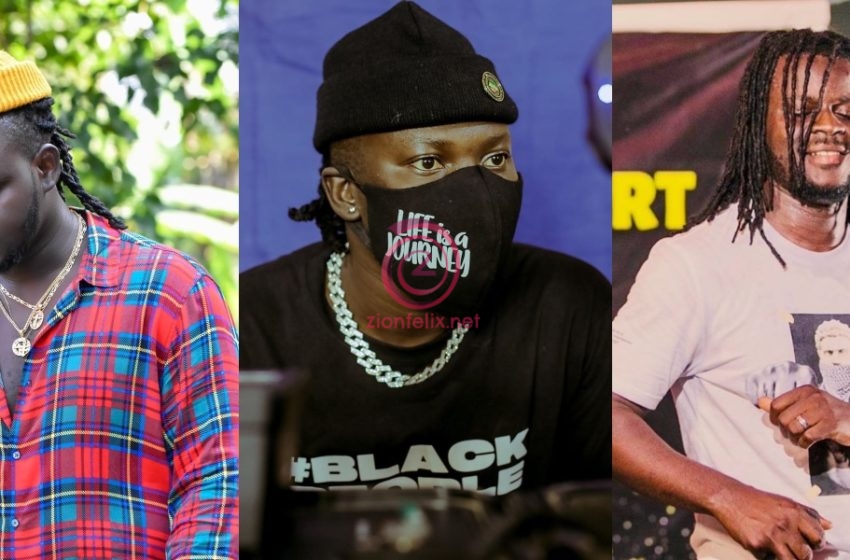 Ghanaian Dancehall general and inspirational musician, Michael O. Mint superior recognized by the stage title Jupitar has made some shocking revelations to prove how much he loves the Bhim Nation president.

Speaking in an interview on OKAY FM, he stated that he has respected Samini for so long a time and he always extended that love to Stonebwoy.

According to Jupitar, even during the Bhim Nation President’s climax video the latter wore a not so good attire for the video, that he Jupiter upon arrival at the location had to take off his shirt and chain to give to Stonebwoy for the video shot.

“when they were shooting Stonebwoy’s Climax video, Samini called me to represent. I arrived at the location only to realize that Stonebwoy wore a top that won’t look good in the video so I gave him my blue top and chain to wear” he said.

He further stated that “Bhim Natives” should not come at him with hate speech because they do not love stonebwoy more than he does.

There have been a cold war between the two musicians since February after the host of Zylofon FM’s “Showbiz Agenda” requested his listeners to choose between both versions of JMJ’s ‘Rhythm of the God riddim’ after he played their versions.

Majority of the callers rooted for Stonebwoy ahead of Jupitar’s version which triggered the latter to hurl innuendoes at the Bhim Nation boss.

These and many more had led the Bhim Nation fans to conclude that Jupitar hated Stonebwoy.

Unfortunately Jupitar would have none of it as he aims to clear the air on the fact that he had no hate whatsoever for Stonebwoy.