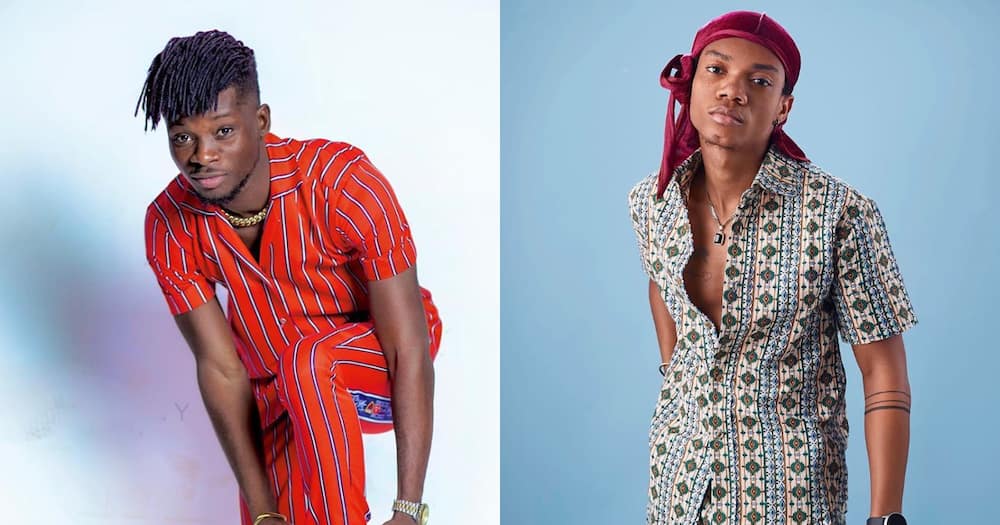 Lynx Entertainment signed act, Kuami Eugene has revealed in a recent interview that he gets a lot of endorsement deals than his label mate KiDi.

Kuami Eugene said that there are times he gets more than five ambassadorial deals simultaneously because the masses like him.

According to him, this is because a lot of brands believe that he fits into any group of people they usually want to target because it the young, old, rich, or even the poor.

Explaining why he thinks that is the case, Kuami Eugene said that it is because he didn’t act like some ‘Dada Ba’ (to wit, the child of the wealthy person) when he came into the limelight.

READ ALSO: Yaa Jackson Got Out Of Hands, Her Brother Had Bad Influence On Her – Former Manager 925 Music Discloses

He made these remarks he was asked by DJ Slim on ABN’s Radio 1 if he felt that he had any similarities with his label mate KiDi as music stars.

“I don’t think so. Our brand meets when it comes to the youth because I have been on international shows with him. But what makes my brand a little from him is the masses. I’m known as the son of all the people Ray why I’m able to get more than five endorsement deals to myself. When the brand is for young people, girls, boys, and energy, you can pick Kuami. I didn’t come as a Dada ba so I won’t come and act like one.” he said in the video.