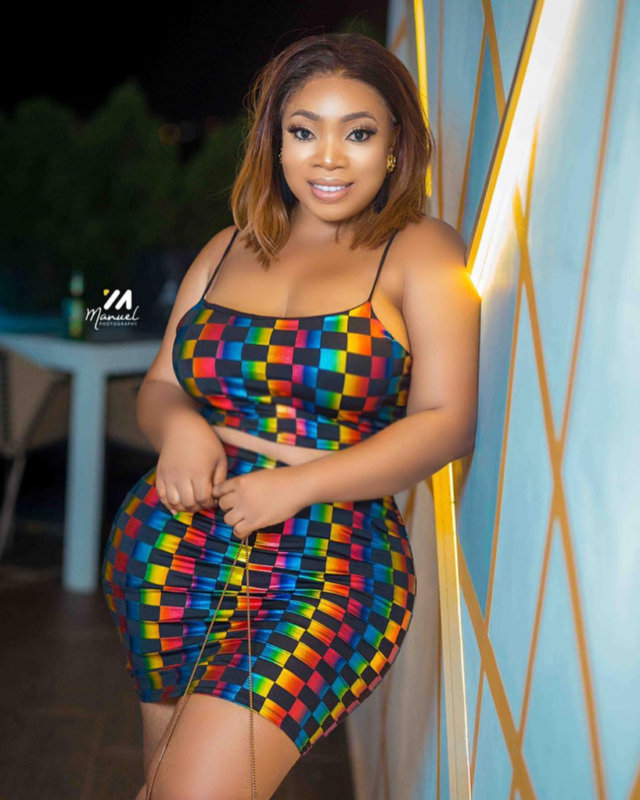 Ghanaian actress and model, Moesha Boduong has responded to criticisms that she knew something about her ‘surprised birthday’.

Moesha turned a year older today and some of her friends-including Kofi Asamoah of KOFAS Media decided to surprise her on her special day.

While she was sleeping, Moesha friends put together a colourful red-themed breakfast party for her at her residence.

After videos of the birthday surprise went viral through a publication made by Zionfelix.net, some social media users doubted if she doesn’t know anything about it.

They asserted that it was staged.

Responding to this in an interview with ZionFelix, Moesha said he had no hand in the surprise birthday breakfast.

She explained that she had no plans for her birthday because of COVID-19.

READ ALSO: Best Actress: Moesha Remakes Popular Cinderella Story To Turn Herself Into A Princess On Her Birthday (Watch Video)

However, the popular model stated that she was stunned when she woke up to see the décor and everything that’s done for her.

She added that she was very happy to see that.