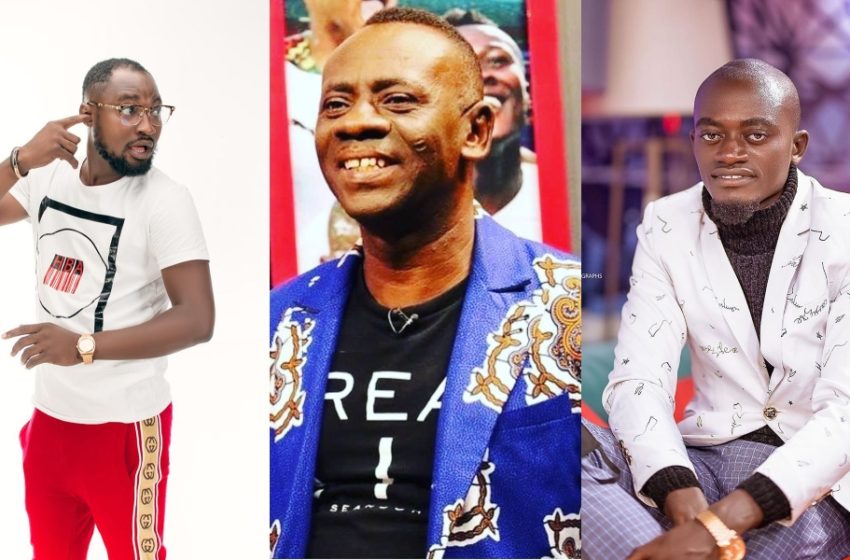 According to Akrobeto, the two actors should bow down their heads in shame following how they brought their individual brands into disrepute due to their near fisticuffs on national TV.

Akrobeto bemoaned why the two would even stoop so low and questioned Funny Face over his motive to beat Lil Win considering his stature.

The host of The Real News on UTV then went on to blast Funny Face for calling himself the “Kasoa Van Damme” and dared him to face him if he wanted a real fight.

In the video posted by Funny Face on his IG page however, he was pleading with Akrobeto and addressed him as his uncle.

Funny Face then went ahead to say he could not fight Akrobeto and that he and Lil Win known in real life as Kwadwo Nkansah, are now cool with each other.

The Kasoa Trotro actor then went ahead to advocate for peace to reign in the county since it was an election year.

Zionfelix.net earlier reported that Funny Face and Lil Win almost throw punches at each other on live TV some few days ago.

Had it not been for the timely intervention of show host Nana Ama McBrown and some panelists on the show including Bulldog, the end result would have been very bad.

The two were however made to air their anger and later settled their differences.

The show ended with the two hugging each as proof that they had made up and they also posed for a few photos together.