Gospel musician Anita Afriyie says plans are far advanced on her part to soon naturalize for the United States of America. In an interview with Zionfelix on ‘Zionfelix Uncut’ after her over a year stay in the beautiful country, the musician revealed that she has a little over three years left to get the status of being an American, which she is seriously considering.

She revealed that her dad has been a citizen of the USA for sometime now and that he is the one who is making her eventual citizen of the country possible. Anita also disclosed that over the years, many of her siblings have been staying in the States because of some arrangements her dad made for them. Therefore, she sees no reason why she would reject the offer once it is her turn now. The gospel musician stated that she believes it is a good decision for herself and her family.

The ‘Sweet Jesus’ hitmaker also made the emphatic point that the opportunities that abound in the USA are the main reason why she is seriously considering becoming a citizen of the country. She added that, unlike Ghana, where unless one has gained some level of education before he or she gets some opportunities, in America, there is an opportunity for everyone, except those who are lazy.

READ ALSO: I Have Blocked Some Gospel Musicians, I Hate Nonsense – Anita Afriyie

When Zionfelix asked Anita Afriyie if she, in essence, was denouncing her Ghanaian identity, the talented gospel musician stated that it is not so. The minstrel added that she will still be a Ghanaian by birth and only be an American by papers.

She ended by stating that everybody in Ghana, and not just her will gladly jump at the opportunity to become an American, and as such she will be proud of the decision she will be taking in the near future. 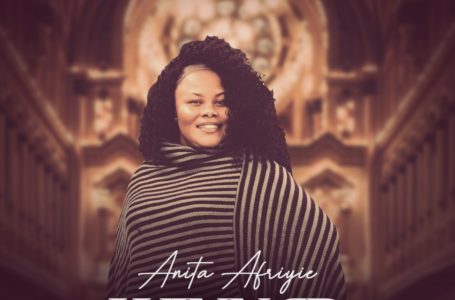