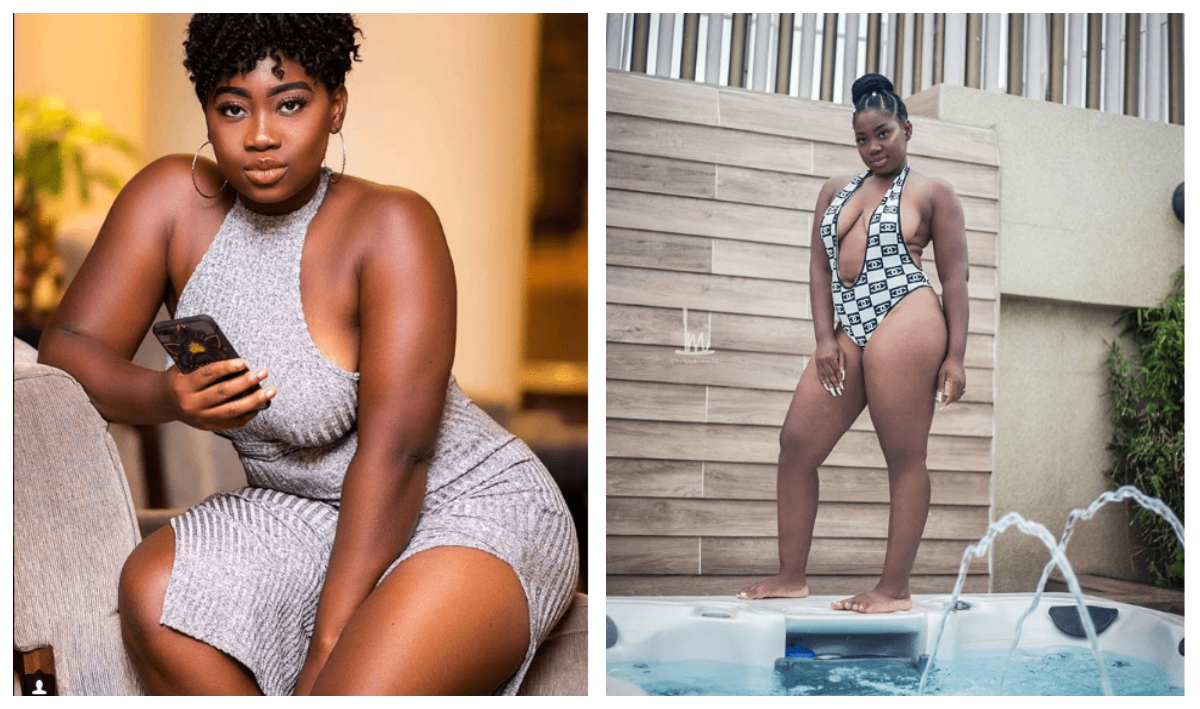 Ghanaian actress and photo model, Abena Serwaa Frimpong Manso, otherwise known as Shugatiti, has revealed the other side of her.

In an interview with ZionFelix on the ‘Uncut’ Show, Shugatiti divulged how she graduated to become a s3x freak.

Known for her raunchy photos and videos online, Titi said she was afraid of s3x when growing up because the guy who broke her virginity applied force.

READ ALSO: Rosemond Brown Has Decided Not To Appear On Any Platform With Me, She’s Even Blocked Me – Shugatiti

Talking more about her s3xual life, Shugatiti boasted she is a queen when it comes to BJ and romance but not s3x.

She was even surprised at how she became a s3x freak along the line—because she was scared to have s3x some years ago.

According to her, it took time for her to realize that s3x is not painful—but she encountered that painful experience because it was the first time.

Shugatiti emphasized that the use of vibrators are helpful and beneficial to women whose partners are not closer to them.

She revealed she doesn’t mind having s3x every day if her guy is around.