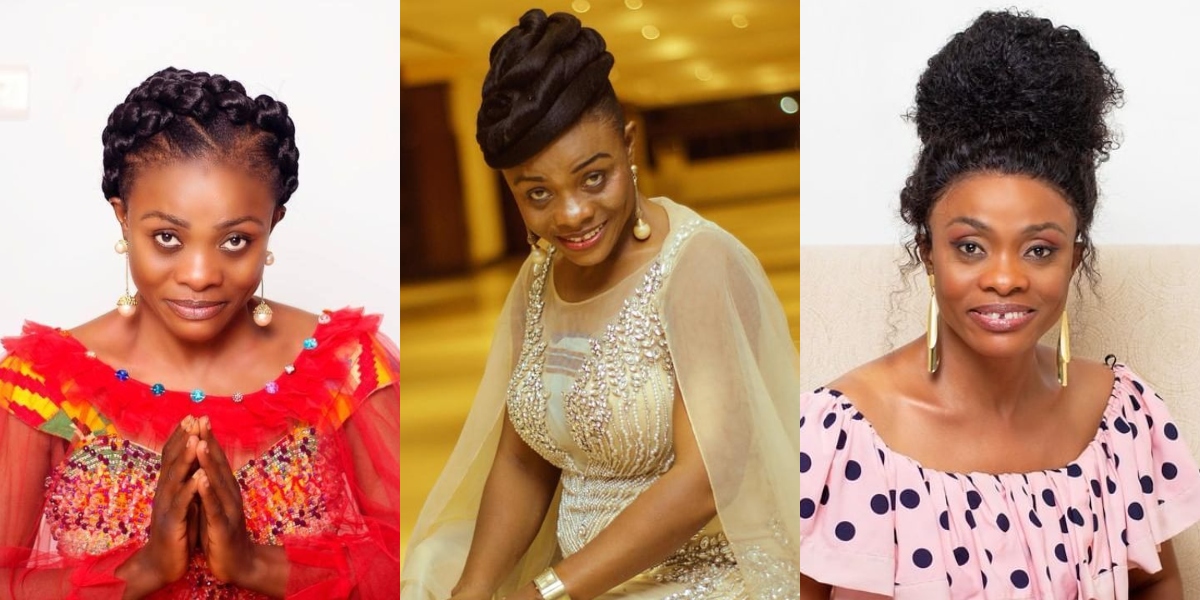 Ghanaian renown gospel musician Diana Asamoah has made some shocking revelations as to how she nearly hit a woman who wanted the singer to get married to her pastor, claiming it was God’s revelation.

Speaking on Okay FM’s “Best Entertainment” show, Diana Asamoah stated that most gospel musicians in Ghana are in ruins because of the lies of some pastors.

According to her, a woman came all the way from Accra to make claims that God wants her to marry her (the woman’s) pastor.

The musician said she got so infuriated by it that she almost hit the woman with a Bible in order to get the truth out of her.

The interviewer who was quite perplexed asked if it was part of God’s direction to hit someone with a Bible for telling lie.

To this, she answered that it was actually a “physical deliverance” she wanted to give the woman.

Diana said she did not want to be a victim of fake prophesies and pastors.

“Most men of God in Ghana are liars and they have ruined the lives of gospel musicians in Ghana. Look at what happened to Joyce Blessing. I will be rude to you if I feel you are telling me lies. If not for the Grace of God, I would have ended up like her,” the award-winning singer reocunted

When asked if she was seeing someone, her answer was, “Christ is the only husband I have”

Diana Asamoah stated that she was still waiting on God to give her a husband.