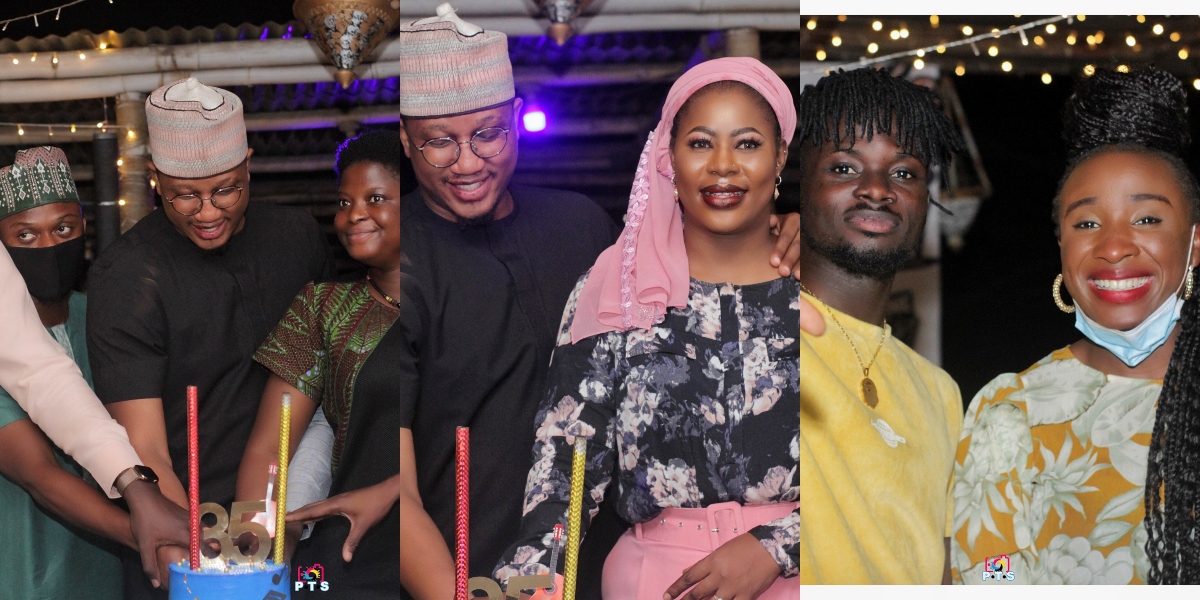 Sadiq Abdulai Abu, who is the Chief Executive Officer of the entertainment awards scheme, 3 Music Awards, has had a surprise birthday thrown for him by his wife.

Sadiq Abdulai Abu was swept off his feet as he did not see the surprise coming on the night of his birthday.

He turned 35 years old yesterday, July 28, 2020 and he was celebrated and pampered by his family, associates, close friends and celebrities.

Photos from the birthday party which turned out to be a celebrity bash, saw attendees having fun as they partied the night away.

Among the attendees of the plush surprise birthday party were Naa Ashorkor, Kuami Eugene, Mzgee, Mark Okraku Mantey and many important industry players.

Sadiq Abdulai Abu was seen with his wife as they beamed with smiles while they cut his 35th birthday cake.

SEE PHOTOS FROM THE SURPRISE PARTY BELOW: