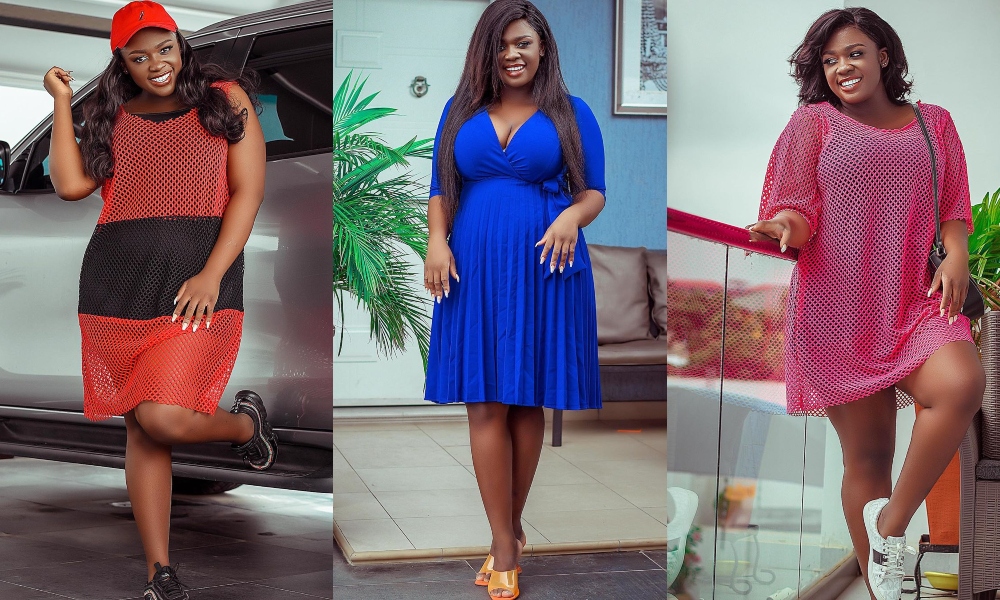 Ghanaian Kumawood actress Tracey Boakye has come out in a self-recorded video to say that all unmarried women sleeping with men are prostitutes.

According to her, prostitution is not just standing by the roadside to wait on men, and sleep with them for money alone but all those having secret affairs with men can be equally described as prostitutes as well.

Using herself as an example, she claimed that the so called “serious boyfriends” may even be having more affairs than the prostitute with her condom in her bag.

Throwing a question to her fans, she quizzed: “Whose situation is better?, the prostitute sleeping with men for money, or you who claim you have a serious boyfriend you sleeping with yet have nothing to show for it?”.

She argued out that it was wrong to tag someone a prostitute because it’s their job, when in actual sense you are also doing the same things. Thus there was no need to criticize” commercial sex workers”

“If you’re doing it, do it and do it well and get something out of it, else don’t do it”. She stressed.

According to her, she respects roadside prostitutes a lot than all those hypocrites having sexual affairs in secret yet turn to judge prostitutes.

I attend Church Once A Year – Tracey Boakye