Innocent-looking Photo Of Ishmael, The 10-Year-Old Boy Who Was Murd3r.ed By The Two Kasoa ‘Sakawa’ Boys Hits Online 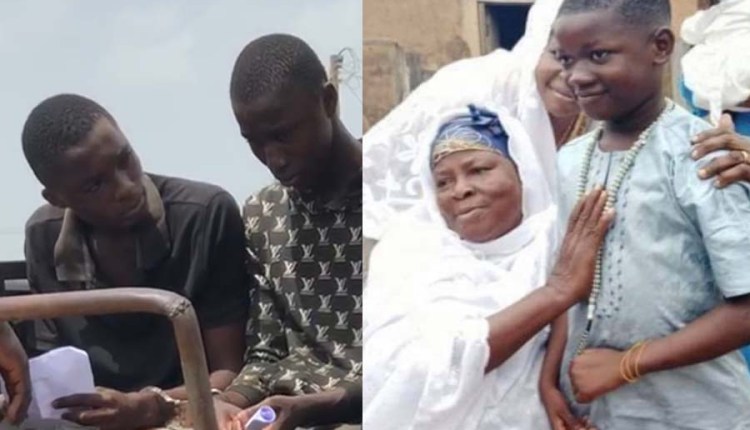 The sad k!lling of Ishmael, the young lady who lived at Kasoa with his parents by two boys, who were seen as friends is currently the most painful thing a lot of Ghanaians are talking about.

As the talks about his sad k!lling continue to fill the news space, an innocent-looking photo of Ishmael for money rituals by his 15 and 17 years old ‘friends’ has been seen online.

From the photo zionfelix.net has seen online, the young, handsome, and innocent-looking boy was seen smiling as a woman believed to be his mother was holding him on the shoulders.

Sadly, that lovely smile will never be seen by his again because the two teens decided to k!ll him on Saturday afternoon and bury him with the aim of fetching his lifeless body later for money rituals.

The great news is that they were caught by neighbors. Currently, both teenagers in police custody. They appeared in court on April 6, 2021, however, the judge upon hearing the case directed that the police remands the two boys whose identity are Felix Nyarko, 15, and Nicholas Kiki, 17 to spend two weeks in police custody.

See the sad photo below

Sad Video Of The Moment The Body Of The 10-Year-Old Kasoa...