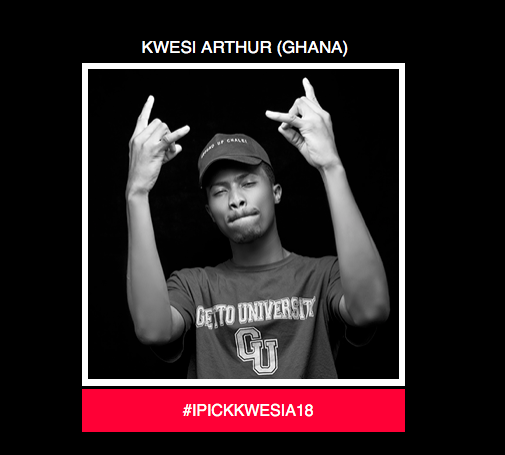 To vote for Kwesi Arthur to win visit BET.com

Kwesi Arthur recently won the Hip-Pop Song Of The Year in the 2018 Vodafone Ghana Music Awards with his smash hit song ‘Grand Day’. He defeated likes of Teephlow, Sarkodie, Kojo Cue and B4bonah.

The rapper has been nominated alongside artists from France, Brazil, Nigeria, South Africa and more.

If he wins the award he would join Stonebwoy and Sarkodie as the only Ghanaian artists to have ever won a BET nod.

The BET Awards will air live on BET on June 24 from Los Angeles.

Read Also: WHAT?? 2018 BET Awards Nominees Out And No Musician From Ghana Made It?

You Disrespected My Mum, Family And Myself...