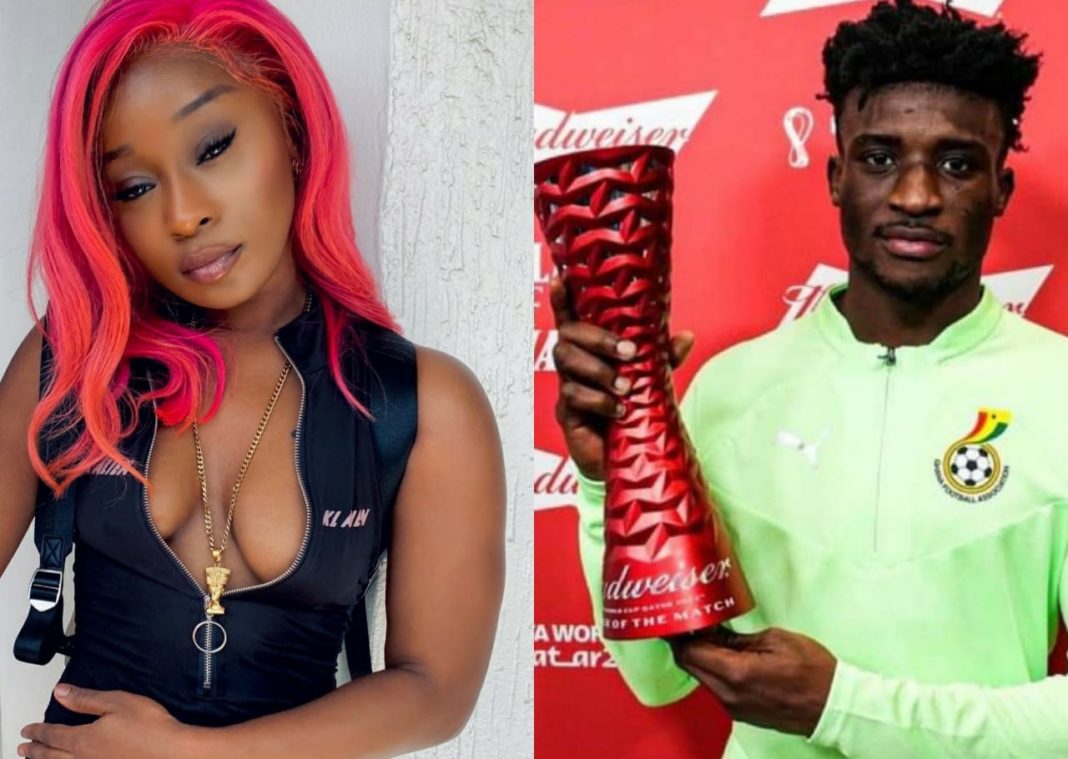 Ghanaian midfielder Mohammed Kudus has drawn a lot of attention and love from Ghanaians due to his performances at the World Cup.

The Black Stars star boy has registered two goals and one assist on his debut World Cup.

When it was needed the most, Kudus pulled off two goals for the Black Stars to rekindle their hopes in the ongoing 2022 World Cup in Qatar.

His performance against the South Koreans in the second round of group stage matches has courted some prominent lovers for the 22-year-old midfielder.

Efia Odo took to Twitter rooting for the the new “golden boy” to be awarded the man of the match.

The socialite took her chances and enquired if the footballer was single.

Against what many people believe enquiry, Efia claimed she was asking about the player’s dating status for her friend who wasn’t on social media.