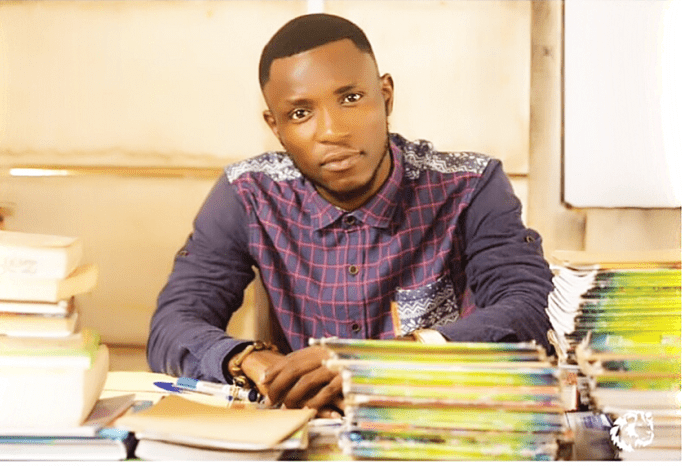 Teacher Kwadwo has revealed what he has been doing to help the education sector in Ghana.

The Ghanaian comedian and teacher, known in private life as Michael Owusu Afriyie, opened up on the extra roles he has been playing as a teacher during an interview with ZionFelix on the ‘Uncut’ Show.

Known for his benevolent activities, Teacher Kwadwo talked about the renovation he did at that school where he teaches.

READ ALSO: Any Pastor Who Does Not Live Luxuriously Will Not Make It To Heaven- Eagle Prophet Reveals In New Video

According to him, the nursery classroom was in a very bad state when he went to school. He likened it to a pig farm.

Teacher Kwadwo stated that he used his money to furnish the classroom and the block of the school.

Again, he provided about ten computers and television sets for the school.

Maintenance of these computers is done by he bearing its cost.

Teacher Kwadwo has been an avid critic of the Ghana Education Service and the educational system in the country.

He further complained about GES’s failure to make textbooks available to teachers at the various government schools.