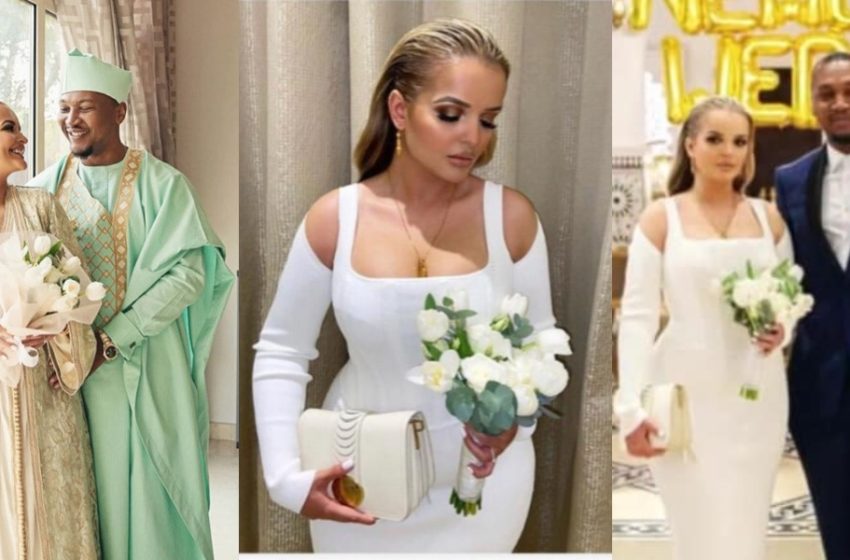 One of former president John Mahama’s son, Shafik, has gotten married in a beautiful ceremony to his long-time Algerian girlfriend in the United Arab Emirates (UAE).

Beautiful photos and a video of the ceremony have been sighted by Zionfelix.net and indeed, the lady is very pretty.

The ceremony, which was a private one, took place on Thursday July 16, 2020 in Dubai and saw just a few people in attendance.

It is reported that the Algerian girlfriend of the former president’s son is called Asma and she wields a Moesha-like figure.

Rumors have it that Asma hails from a very wealthy family in Algeria and would complement Mahama’s son very well since he is also a man coming from an affluent and influential family.

The video showed the couple stylishly dressed in African themed apparels as they posed for the cameras.

Other portions of the video showed the couple having a bite of their wedding cake amid smiles and cheers from attendees of the event.

Reports have it that Shadid, one of Shafik’s brothers, served as the best man for the wedding.

It is not yet known if ex-president Mahama and his other family members known to be in Ghana, were present at the ceremony.