Former President John Mahama And His Wife, Lordina Play ‘Grandpa-Grandma’ Roles In A Latest Video After The Birth Of Their Grandchild 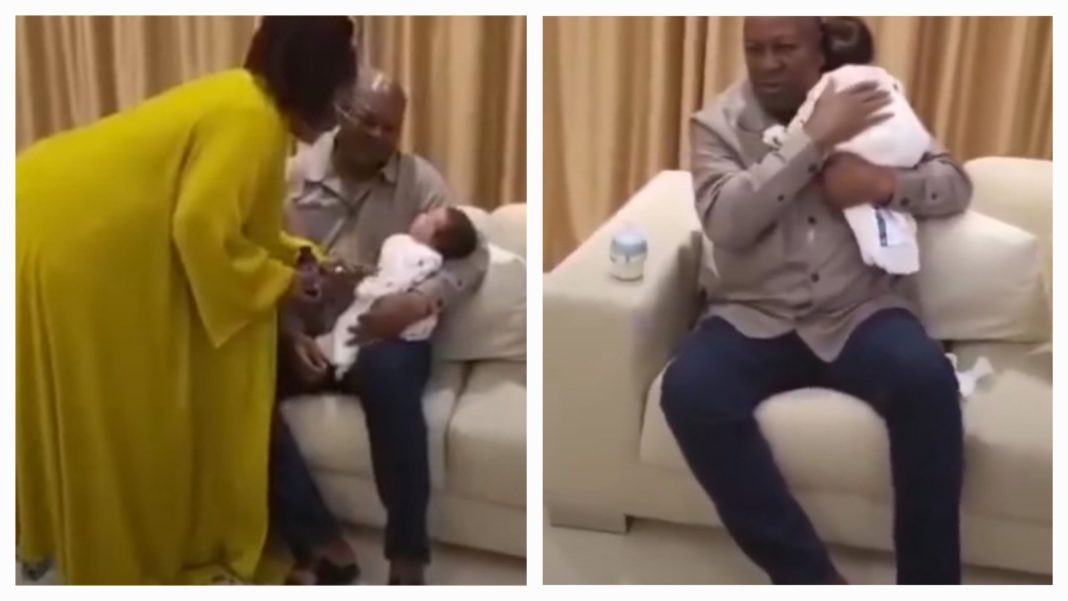 The son of former President John Mahama, Shafik Mahama and his wife, Asmah, have welcomed their first child.

Though the baby was born last year, the former President shared a video of him with the baby a few days ago.

He congratulated his son and in-law in his post.

The National Democratic Congress (NDC) leader, was seen taking care of his granddaughter, Alyazia Frema Mahama, in the video sighted by Zionfelix.net.

READ ALSO: Appietus And Papi Of Five5 Fame Hurl Insults At Each Other On Live TV – Watch Video

His wife, Lordina Mahama also took the baby from him before the video ended.

It was a beautiful sight to behold—as the former Ghanaian president and his wife play ‘grandpa-and-grandma’ roles in the latest video.

Shafik and his Algerian wife married about two and some months ago.

Share
Facebook
Twitter
Pinterest
WhatsApp
Previous article
Rapper, Jay Bhad happily shows off his newly acquired Toyota Rav4 in a new video
Next article
VIDEO: Appietus opens up on how his wife threatened to divorce him because of this reason…
- Advertisement -