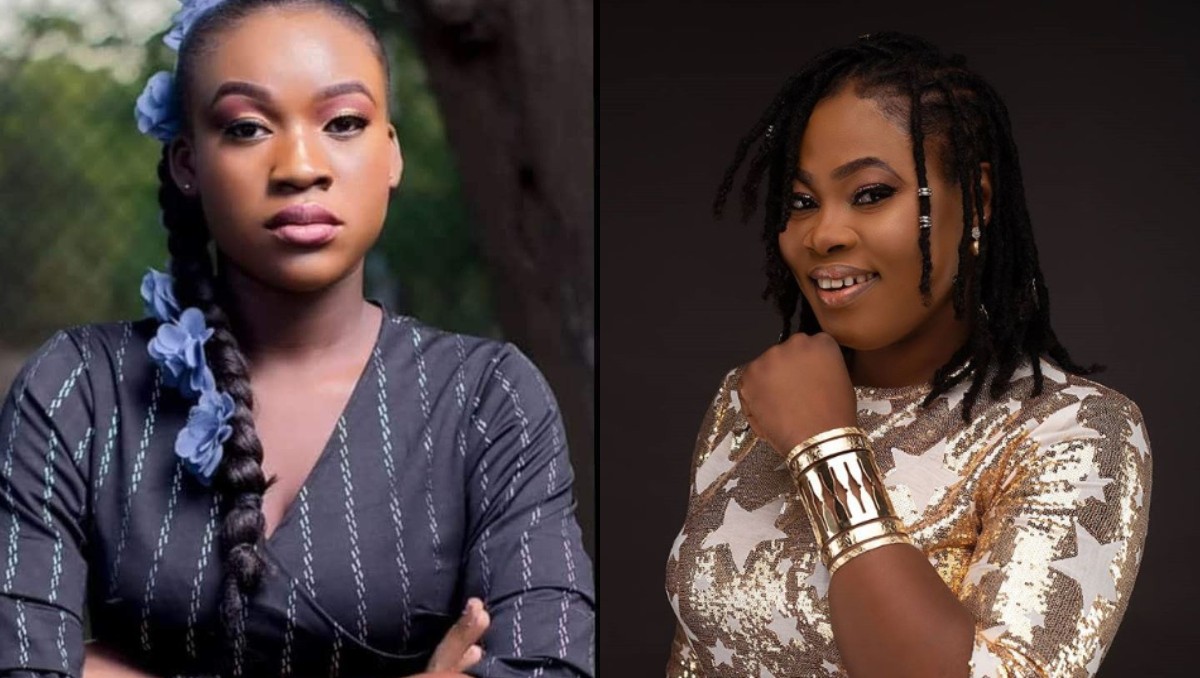 Speaking in an interview with ZionFelix on the ‘Uncut’ Show, Julie stated that her former boss, who she refers to her as a sister has blocked her but whenever she wants to insult her, she then press the unblock button.

On multiple occasions, Julie said the popular Gospel musician has insulted and cursed her.

She added that Joyce recently insulted some of her family members that she has their phone numbers.

In spite of all the insults and curses, Julie averred she is not perturbed because God will not seek Joyce’s opinion if He wants to bless her.

Commenting about her recent curse, Julie Jay stated that she saw numerous messages from Joyce Blessing but she deleted all the messages without checking what she was saying.

READ ALSO: Medikal Can’t Try Me And He Knows It – Sista Afia Boasts

Later, she recalled a lot of messages were forward to her on the same curse subject.

Julie Jay stressed that she has no problem with Joyce Blessing—and she will help her anytime that she calls on her.

Share
Facebook
Twitter
Pinterest
WhatsApp
Previous articleFunny Face Expecting Another Baby
Next articleI Don’t Care If 3Music Awards Collapses Because I Campaigned For NDC, That Won’t Be The End Of My Life – Sadiq Abdulai
- Advertisement -

I’m Not A Mad Man, I Thought About My Statement Before...