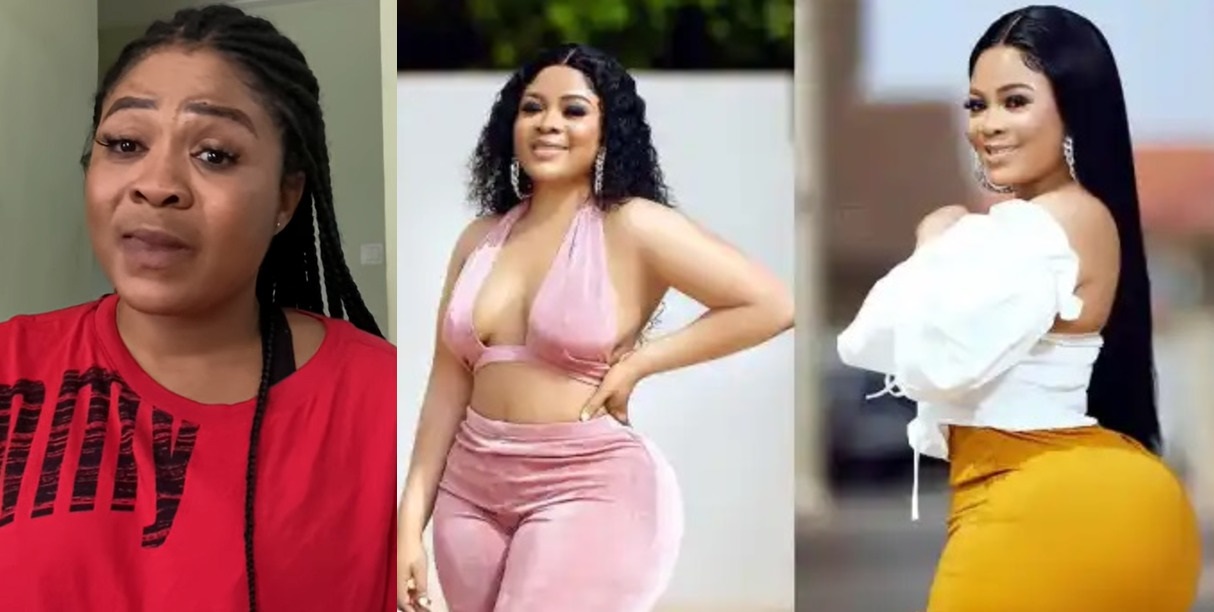 There has been a lot of hullabaloo about a baby actress Kisa Gbekle had somewhere early last year and was trying to keep a secret.

In two popular interviews with Zionfelix and Delay this year, the movie producer decided to answer in the negative when questions bothering on the birth of a son came up.

However, after her recent interview with Delay which is currently being talked about a lot on social media, Kisa has finally come out to speak her truth.

In a video, she shared on her page, Kisa finally confessed and confirmed that she is a mother of an adorable and beautiful baby boy.

She added revealed that her decision to deny the birth of the baby in the various interview she granted was solely because she wanted to make the announcement herself at a time she believed was most suitable and not forced into a corner to answer such a question on a platform that was not hers.

Kisa went on to tell people who have been insulting her for supposedly denying the baby because she does not love him to bear in mind that her baby is the one thing she treasures a lot now.

According to her, if people knew the pains, both physical and emotional she had to go through during the pregnancy and the childbirth they would never make such comments.

Kisa Gbekle also apologized to all the mothers out there and all those who are looking for babies but are struggling to conceive who felt insulted by her decision to deny the baby during those interviews.

Watch the full video below for more…

I Am A Full Package Already, I Need A Rich Guy...