Is Nautyca Indeed The Father Of Kisa Gbekle’s Son? – This Is What We Know 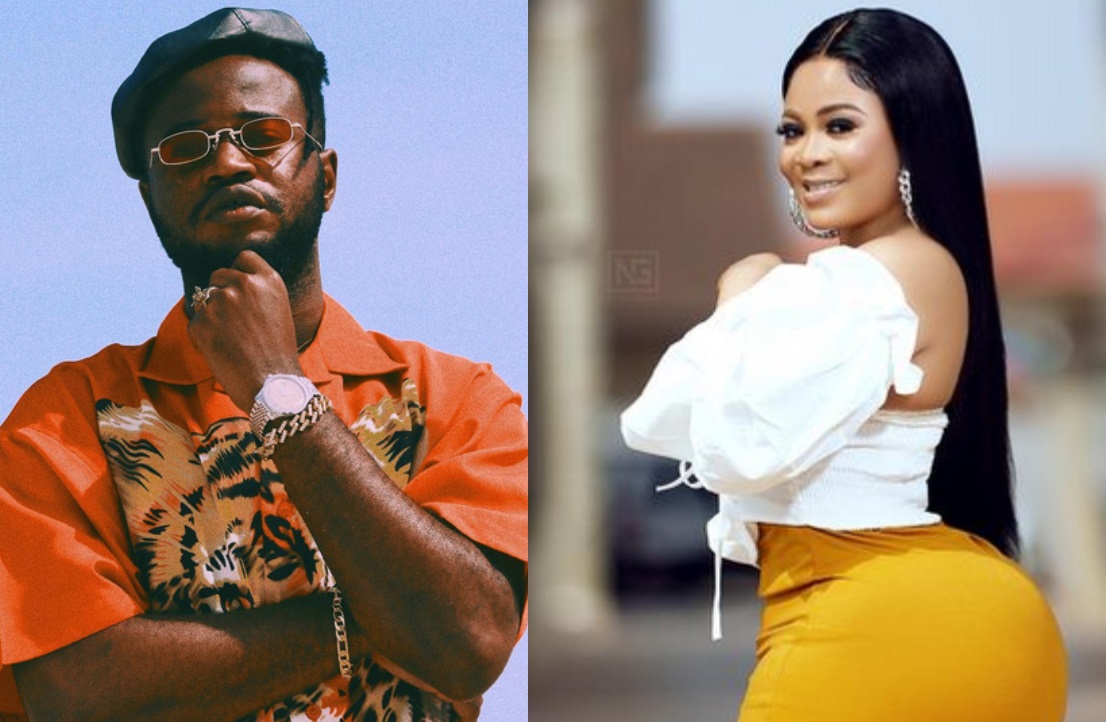 Rumours about actress Kisa Gbekle recently giving birth to a bouncy baby boy have been making the headlines in the last couple of weeks.

While a source recently confirmed to zionfelix.net in an exclusive conversation that it is indeed true that the endowed actress has really given birth, Kisa in an interview with Delay which aired over the weekend again denied these reports.

Another issue that is also mind-boggling in the whole drama surrounding the birth of Kisa Gbekle’s child is the identity of the man who allegedly got her pregnant.

A lot of fingers have been pointed at married Tema-based musician, Nautyca as the father of the baby boy.

These speculations were reechoed by Delay who sounded very confident about her stance when she interviewed Kisa on her Delay Show.

READ ALSO: Details Of How Fadda Dickson Gave Afia Schwarzenegger A Whopping Ghc200,000 For The Funeral Rites Of Her Father Pop Up – Watch Video

Delay asked Kisa a lot of direct questions about how Nautyca allegedly hurt Kisa when she got pregnant for him and for which reason she currently does not want to have any form of relationship with him.

Well, one thing was clear when the name Nautyca was mentioned during the interview – it struck a nerve in Kisa. She sounded a little restless with her responses to the questions which came subsequently and this is giving room for a lot of people to speculate that it might be true that Nautyca fathered Kisa’s kid even though he was married and he failed to disclose this to her.

READ ALSO: Fillaman Lists The Properties Kwaku Manu Has Given Him Since They Started Working Together – Watch Video

Anyway, from public records available to us, Kisa met Nautyca for the first time at the 20th edition of the Vodafone Ghana Music Awards and from her comments that day, she had been vibing to the songs of the ‘Problem’ hitmaker.

Share
Facebook
Twitter
Pinterest
WhatsApp
Previous article
Who Killed Fennec? – KOD Questions
Next article
John Dumelo As An NDC Member Was On The Poster So Why Didn’t You Include Me? – Mr Beautiful Questions Famous
- Advertisement -