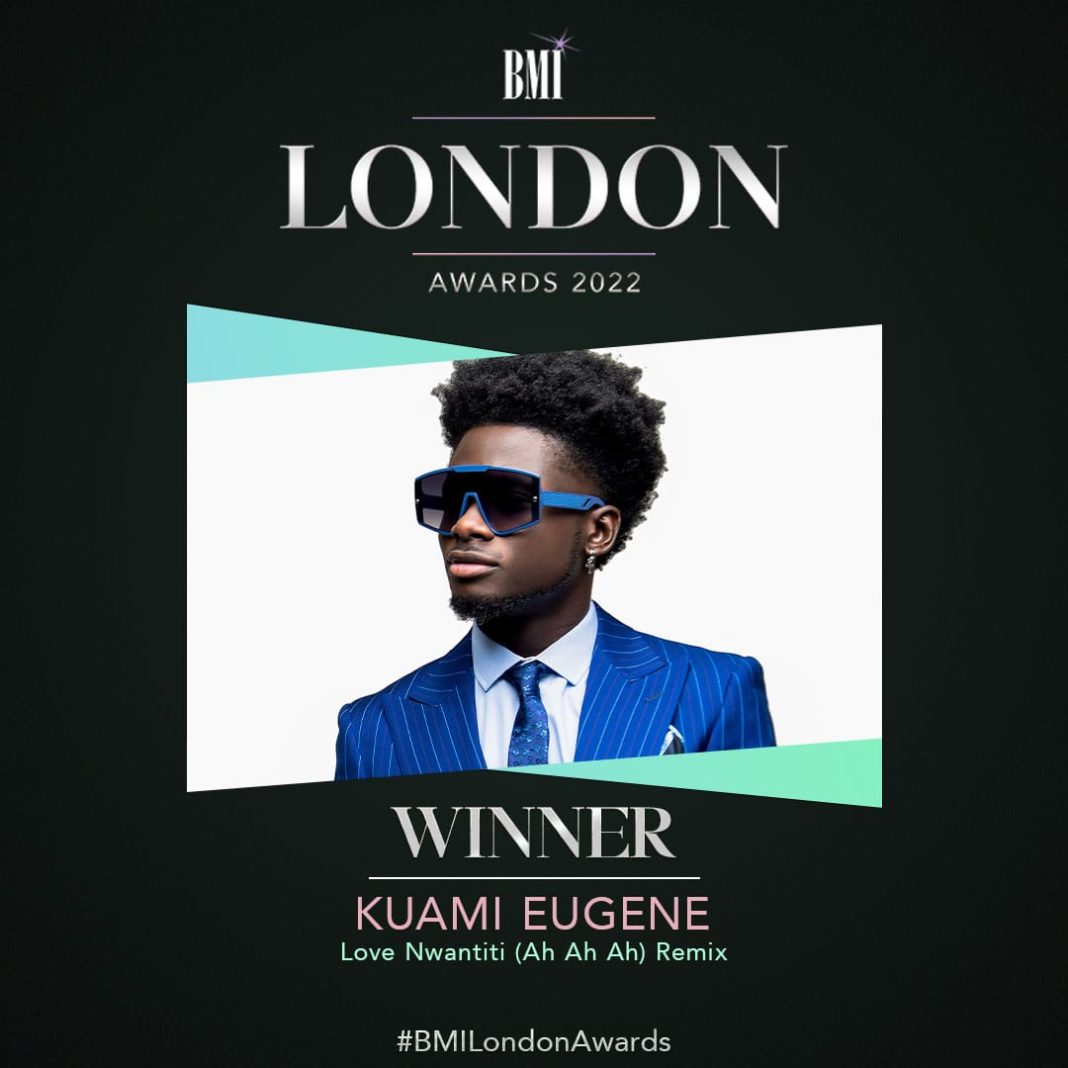 Ghanaian musician Kuami Eugene has been honored at the 2022 BMI London Awards, alongside CKay and JoeBoy.

The songwriters, including Kuami Eugene, and publishers of the global hit song ‘Love Nwantiti’ were awarded at the ceremony held at London’s Savoy Hotel on October 3, 2022.

READ ALSO: Black Sherif Breaks Down Meaning Of Title Of Debut Album, “The Villain I Never Was” – Video

‘Love Nwantiti’ was among the songs that were awarded under the ‘Most-Performed Songs of the Year’ section.

This category of honors is dedicated to songs with the most performances on terrestrial radio, satellite radio, and digital streaming services over the past year.

Other big winners on the night included Ed Sheraan & Johnny McDaid for Bad Habits (Song of the Year), Tems (Impact Award) and Wizkid for ‘Essence’ (Most Performed Songs)

My Mum Stopped Talking To Me Because Of My Hair –...