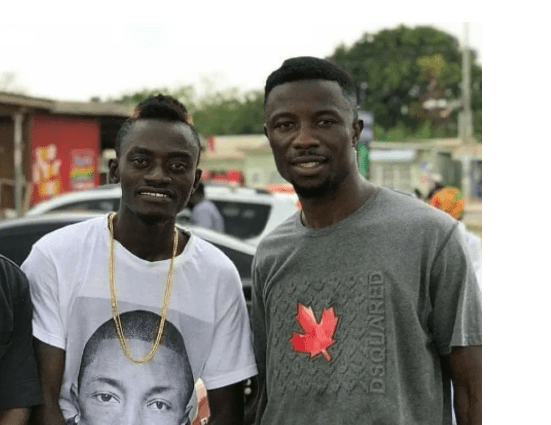 Kwaku Manu has proved that there is no bad blood between Lilwin and him again.

The two popular actors had a long time beef which was seemingly squashed. However, they engaged in a heated argument when they appeared on UTV’s United Showbiz program hosted by Nana Ama McBrown some weeks ago.

If you would recall, Kwaku Manu told Lilwin to humble himself because he is not richer and he is also a kid in the movie scene.

READ ALSO: Medikal ‘Bows’ To Criss Waddle Publicly And Shows Appreciation To Him For All He Has Done For Him (+Screenshot)

In a recent interview with ZionFelix, Kwaku Manu stated that he doesn’t hate Lilwin and he [Lilwin] knows the kind of love he has for him.

He tried to show his ‘two by four’ presentation skills in the video shared by Lilwin on Instagram.

Kwaku Manu was very happy while listening to the song.

He stated that the song will be used to celebrate this Christmas.

Share
Facebook
Twitter
Pinterest
WhatsApp
Previous articleKennedy Osei’s Wife Shares First Photos Of Her Beautiful Mum As She Celebrates Her Birthday; He Joins In With Sweet Message (+Screenshots)
Next articleTongues Speaking Prophet Says John Mahama Can’t Be President Again Because God Has Called Him To Become A Pastor (Video)
- Advertisement -

I Will Win A Grammy Award For Ghana Soon – Lilwin