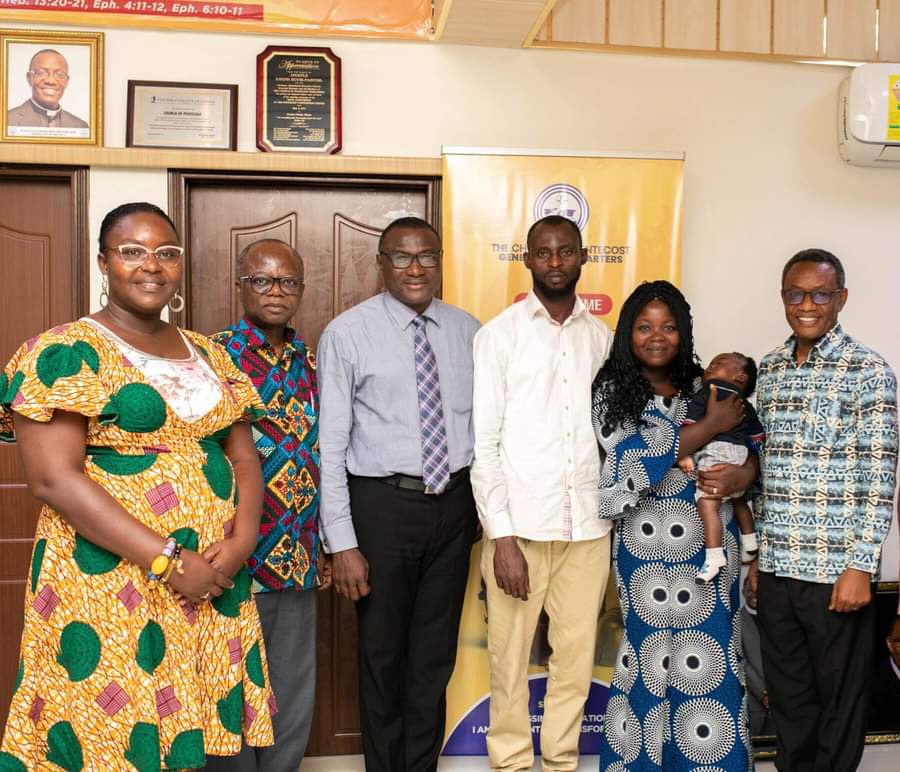 The now-famous taxi driver, Kwesi Ackon according to some reports already has a manager — as to what she is managing one can’t really say.

The news that he has a manager now was first sighted on the Facebook page of The Church of Pentecost after Kwesi Ackon visited the headquarters with his wife and kid on the invitation of the church for living a life worth emulating as a member of the church and for the honor he has brought the church.

The church on their official Facebook handle also mentioned one madam Roberta Naana Quaye as the manager of Kwesi Ackon.

This revelation has so far seen a lot of mixed reactions online as many netizens cannot understand the head and tail of the new portfolio of madam Roberta.

For many where was this manager when Kwesi Ackon was just a ‘common’ taxi driver to surface now that he is receiving huge sums of money from people who have been touched by his act of honesty.