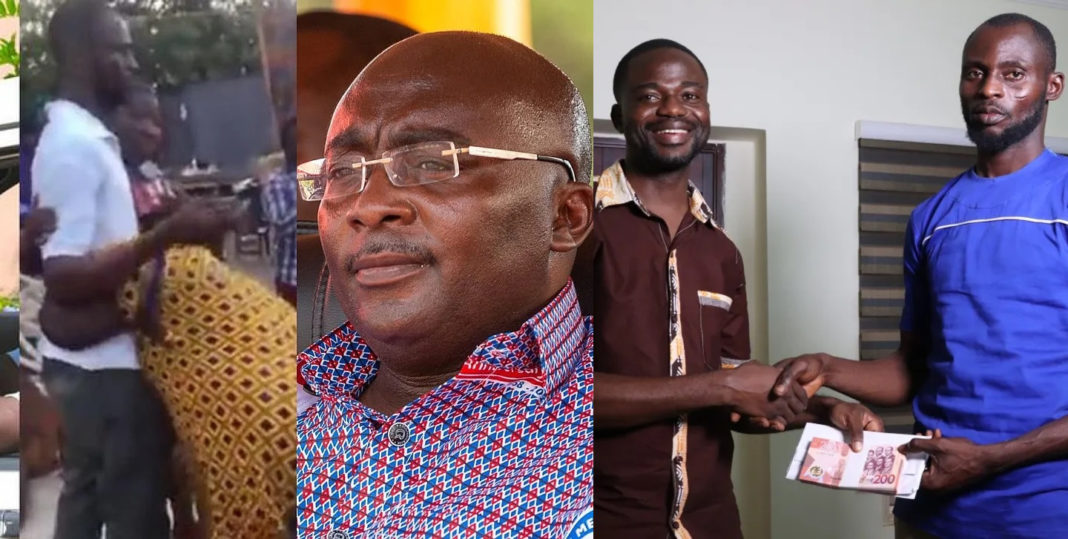 Earlier this morning a video of an elderly woman who is a fish trader at the Mallam Atta Market in Accra and her family members heaping praises and thanking one taxi driver for returning an amount of Ghc8,400 left in his car to the owner went viral.

Just when the video went viral, popular Ghanaian journalist Manasseh Azure Awuni took to his Facebook wall to request that people help him to find something to reward the taxi for that great show of loyalty — even though from all indications that was not the motive of the driver when he even did this.

Well, it appears that already Manasseh‘s appeal is yielding a lot of positive results.

Not long ago, the award-winning journalist took to his Facebook wall to, the honest gesture of the taxi driver has come to the attention of Ghana’s vice-president, Dr. Mahamudu Bawumia.

According to a report sighted on thefourthestategh.com, the driver who has been identified as Kwesi Ackon has been gifted an amount of GH¢20,000 by the vice president.

The report also adds that apart from this amount which is from the vice president, an additional amount of GHc2,500 also came in from two other unnamed donors.

The case of Kwesi Ackon in this particular instance clearly shows that being honest at all times can be a great thing.