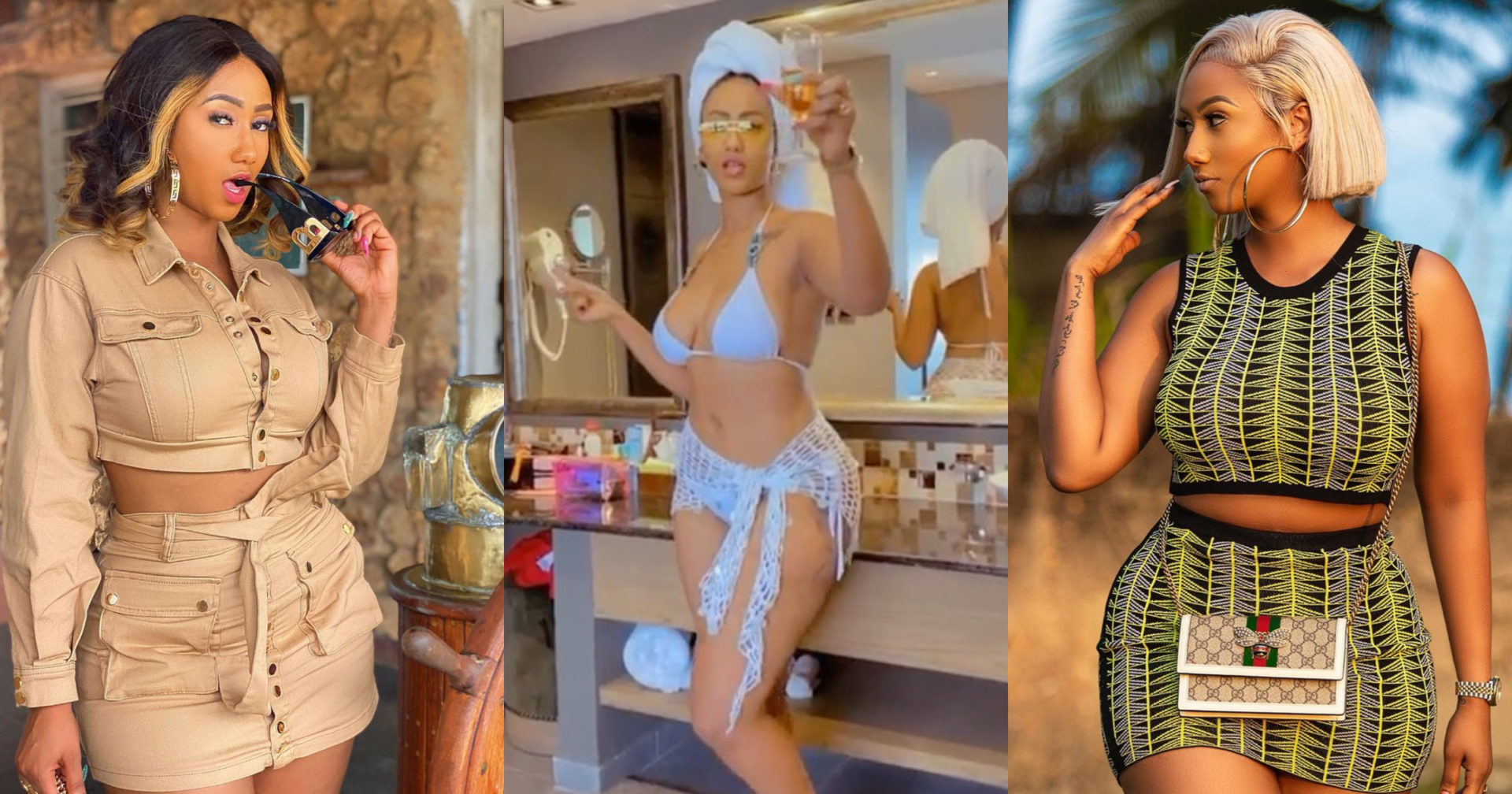 From the evening of Friday, November 11, 2022, till now, there have been countless speculation about the arrest of Ghanaian socialite, Mona Faiz Montrage aka Mona4Reall or Hajia4Reall.

The speculations which were started by Showboy have suggested that she was arrested by security personnel in the United Kingdom in connection with a $8 million fraud.

While the reports have been sketchy all along, there appears to be some confirmation about her arrest.

Speaking on Peace FM’s entertainment review show on Saturday, November 12, 2022, Kwesi Ernest revealed that Hajia4Reall was arrested when she was on board a British Airways flight back to Ghana on Thursday, November 10, 2022.

“I can confirm that she was picked up just when she was about to set off on her flight back to Ghana but we don’t have any information on her charges and where she is at the moment,” he said.

It should be noted that Hajia4Real and her team were in the UK for about two weeks after she performed at the recently held Ghana Music Awards UK.

As things stand now, the actual reason for the arrest of Hajia4Reall cannot be confirmed. The earlier reports that she was arrested because of fraud are mere speculations as Kwesi Ernest explained during the interview on Peace FM.

The New Musician In Town – Hajia 4 Real To Release...