‘Leave My House’ – Joyce Dzidzor Mensah Sacks Dr. UN From Her House As He Goes Begging For A Comeback 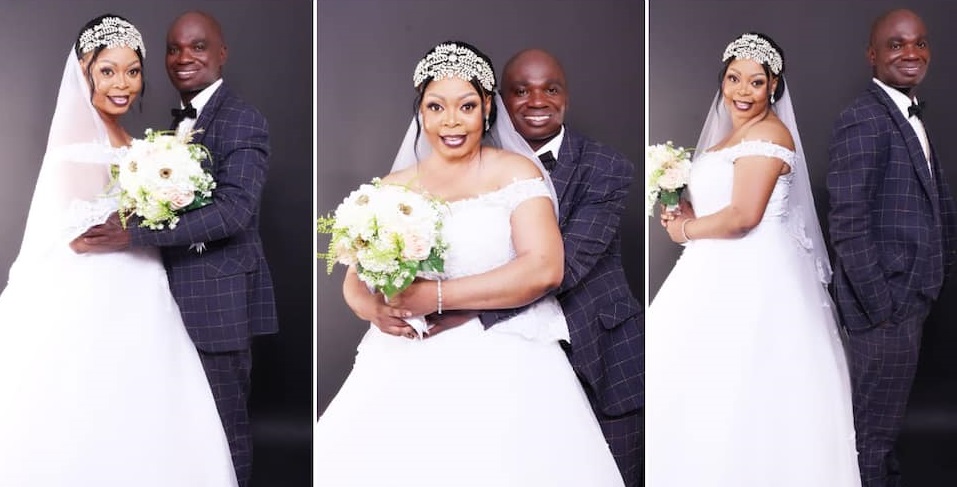 Following his reaction on Twitter to the whole drama online and his revelation that he was heartbroken, Dr. UN decided to storm the house of the former Ghana AIDS Commission to beg for another chance to be his husband.

In the video that Joyce shared online, Dr. UN was seen all over her as she was supposedly recording a video of herself for the people who follow her.

As the German-based actress was busily recording Dr. UN emerged from behind her and started to apologize.

The KNUST graduate was heard saying that he never going to hurt her again if she found a place in her heart to forgive him for all his transgressions.

READ ALSO: 3 Music Boss, Baba Sadiq Set To Contest As MP On The Ticket Of NDC

Well, Joyce was acting all big when Dr. UN started begging early on and instructing him to leave her house but eventually, it appears that she gave in.

What this means is that Ghanaians should watch out for part two of the whole marriage drama between the two, LOL.

Watch the video of the two below…

HIV Has Caused Me So Much Pain And Rejection – Joyce...