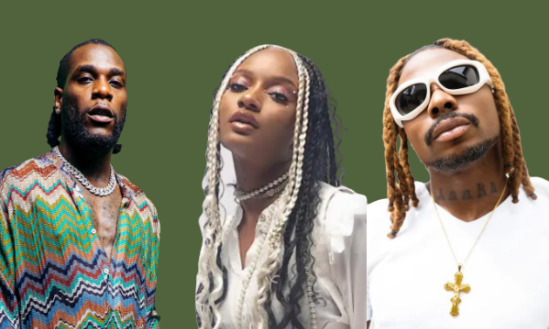 TurnTable Charts has released a list of their top 20 Nigerian musicians for the just-ended year, 2022.

The chart features most of the usual suspects and a few of the new crop of musicians who got their big breakthrough in the music scene in 2022.

The 2022 chart employed a weighted system similar to the existing Top Streaming Songs chart – a point-per-play system that assigns values to streams on different streaming platforms.

The 20th spot on the chart was occupied by Joeboy who racked in over 132 million streams.