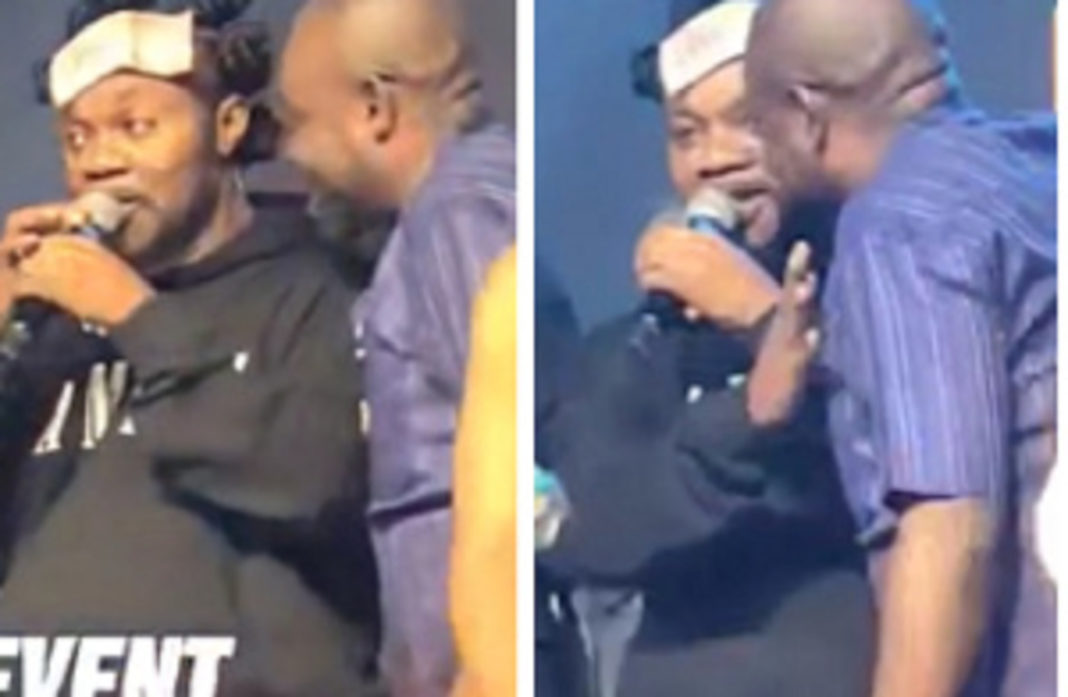 The night which was named ‘Kab Fam Legends Night’ had performances from these music great icons at the event which was held at the Grand Arena of the Accra International Conference Center.

READ ALSO: VIDEO: Fake mad couple busted as guy confesses he was forced to behave like a mentally challenged person to trend

On the night, one fan of Daddy Lumba, who obviously could not get enough of the singer, got a bit humiliated when he tried to spray money on the “Theresa” hitmaker.

Lumba stopped the man when he tried to forcefully grab his neck and take a picture with him when he was performing.

The man and another lady were on the stage together, and they started off by spraying some money on Lumba.

In the process, the man tried to grab Limba’s neck and probably get a nice photo with him for the future, however, the highlife singer got angered and yelled at the fan.

Daddy Lumba freed his shoulders from the man’s arms and stood on the other side of the stage as the man smartly sprayed the rest of the cash in his hands on the lady who was with him on stage.

Watch a video of the moment below…

Daddy Lumba Trends As Ghanaians Celebrate Him In Style On His...