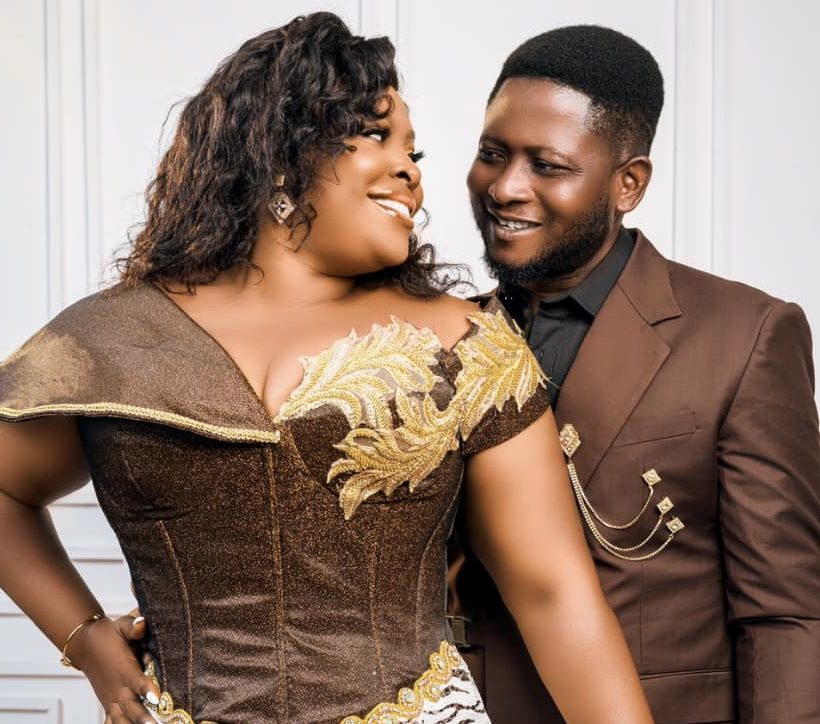 Multi-talented Ghanaian gospel musician, Joseph Mensah, who is popularly known for his hit song “Anadwo Bogya,” is set to tie the knot.

A pre-wedding photo of the music star and his soon-to-be wife was shared on social media by vlogger/blogger, Busumuru Sean Kingstone on Monday, January 2, 2023.

According to the post made by the blogger, the marriage ceremony will take place come January 15, 2022, in the Ashanti region of Ghana.

Soon after the post was shared, the comment section was filled with a lot of messages from social media users who appeared confused.

READ ALSO: Class 2 rap – Yaa P0no begins a fresh beef with Sarkodie as he describes him as a wack rapper over his weak diss to Nasty C

The netizens questioned why he was about to marry again when he supposedly had a wife already, who was called Megalina, who is also a gospel musician.

Well, it appears that the marriage between Joseph and Megalina ended more than three years ago after reports emerged on social media that the lady had taken interest in another called Big Ernest after she traveled out of the country to work.

So, it is pretty obvious that Joseph Mensah is not doing anything out of the ordinary here with his decision to marry again.

Share
Facebook
Twitter
Pinterest
WhatsApp
Previous article
Nana Addo donates Ghc 100,000 to the building of the National Cathedral; Vows to make sure it’s completed before he leaves office
Next article
Video: “Owusu Bempah will die of cancer this year” – Kevin Taylor turns into a prophet as he prophesizes
- Advertisement -

Fix Your Attitude Is What We Need, Not Fix The Country...