VIDEO: Asake reportedly dating Burnaboy’s ex-girlfriend Stefflon Don as they hit the club together in Ghana 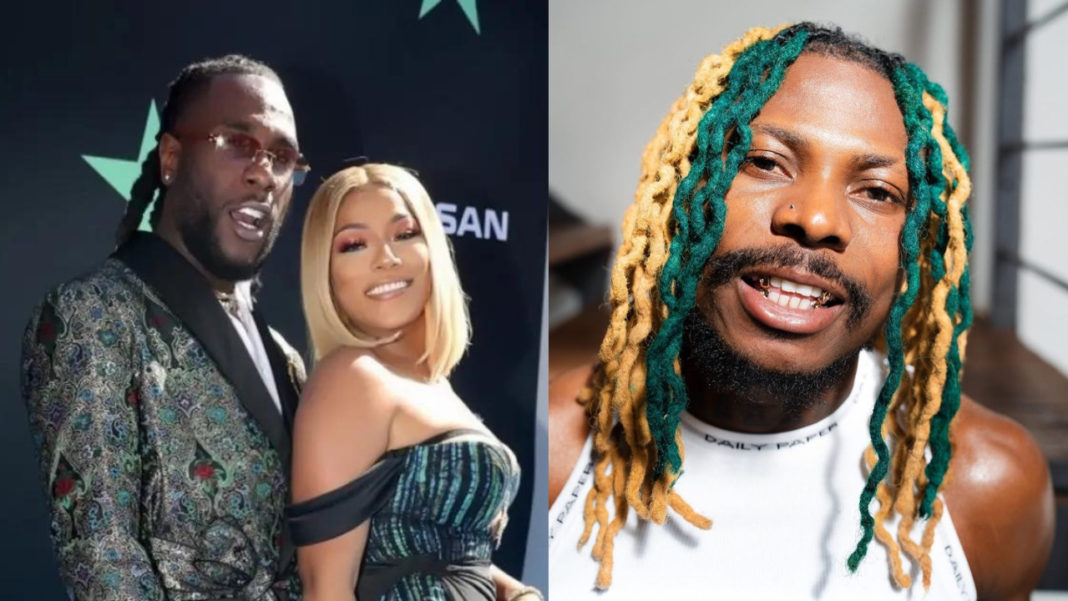 Nigerian Afrobeats singer, Asake and British rapper, Stefflon Don have sparked dating speculations after being spotted together in a romantic way.

The two music stars stormed a night club to have a good time and they were captured on camera.

Stefflon Don used to be in a relationship with Burna Boy, so seeing her with his friend, Asake has got people talking.

They were calmly vibing to the music being played in a club which is alleged to be located in Accra, Ghana.

READ ALSO: Brother Sammy rescinds decision not to sleep with his wife again as he publicly apologizes and begs for mercy

This comes weeks after Stefflon Don took to social media to show off the bouquet of flowers she received from the new man in her life.

The Hip Hop artiste turned 31 last month and her ‘mystery’ boyfriend decided to celebrate her in a romantic way.

Stefflon Don shared a video which showed her entering a room that had a trail of rose petals leading to a collecting of a flower bouquet, chanel bags and other gifts.

Following the emergence of this video on the internet, social media users have a alleged that it was Asake who surprised Stefflon Don with the bouquet if flowers.

READ ALSO: Burna Boy Apologizes To Fans After He Reportedly Arrived Late For An Event In Nigeria

SourceZionfelix.net
Share
Facebook
Twitter
Pinterest
WhatsApp
Previous article
Brother Sammy rescinds decision not to sleep with his wife again as he publicly apologizes and begs for mercy
Next article
Nana Addo donates Ghc 100,000 to the building of the National Cathedral; Vows to make sure it’s completed before he leaves office
- Advertisement -

Ghanaian Artistes Need To Work On Their Branding And Networking If...