Nana Addo donates Ghc 100,000 to the building of the National Cathedral; Vows to make sure it’s completed before he leaves office 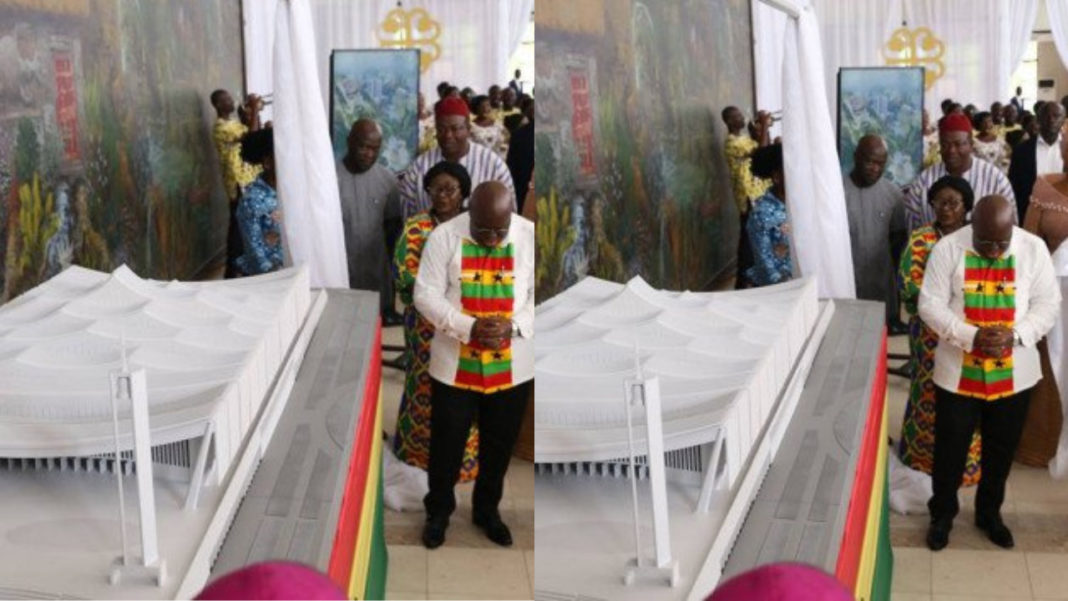 Despite the severe condemnation from Ghanaians, Nana Addo is bent on completing the ill-famed National Cathedral before the end of his tenure as the president of the republic.

Earlier yesterday, Nana Addo donated Ghc100,000 into the funds for the construction of the mega project.

Speaking after donating the huge amount to support the construction of the stalled National Cathedral, Nana Addo is reported to have said;

“as I have said before, the National Cathedral will not just be another monument adorning the skyline of Accra, it will be a rallying point for the entire Christian community to come together and worship… I am therefore committed to working with the Board of Trustees to ensure the completion of this project to the glory of God”.

Recall that the parliament rejected the grant of GH80 million for the National Cathedral’s construction in December 2022 during it’s last sitting for the year.

The amount was stuffed by the government into the budget estimates for the Roads and Highways and Communication Ministries, which led to the rejection.

READ ALSO: Brother Sammy rescinds decision not to sleep with his wife again as he publicly apologizes and begs for mercy

Isn’t It Stupidity To Build A Cathedral Instead Of A Proper...