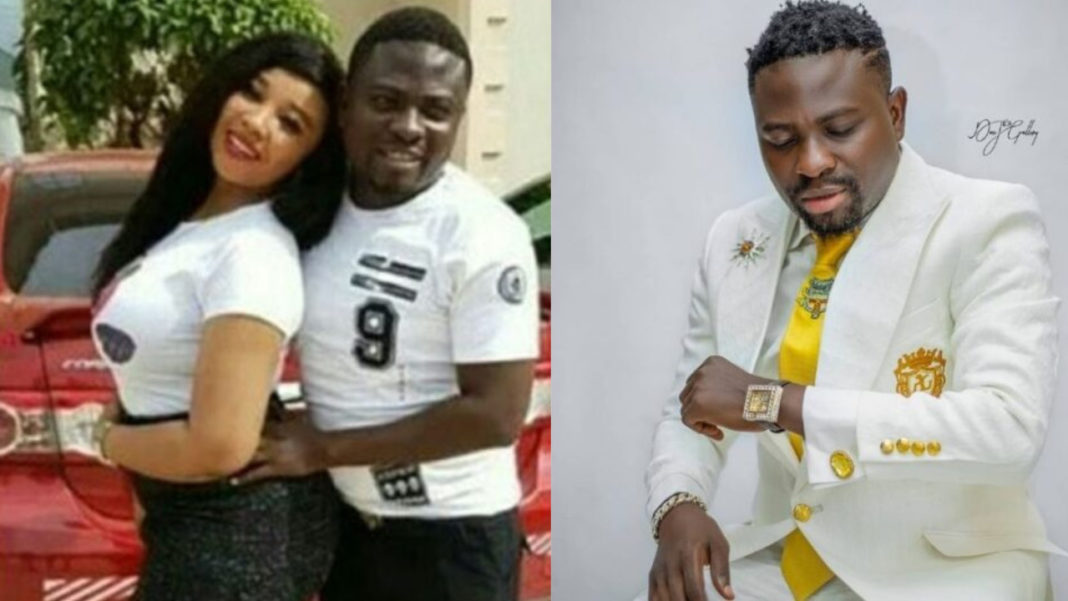 Gospel singer, Brother Sammy has publicly apologized for disgracing his wife and also swearing never to get intimate with her again.

Recall that during an appearance on UTV somewhere last year, Brother Sammy vowed on live TV never to sleep with is wife again.

READ ALSO: Burna Boy Apologizes To Fans After He Reportedly Arrived Late For An Event In Nigeria

As claimed by the singer, his wife who was then receiving treatment at the health center after suffering a miscarriage accused him of cheating on her while she was away because she was told by their house help about his external affairs.

He however clarified that although he won’t have s3x with her again, but they’ll still be together as couple.

Well, after several months of remaining celibate, Brother Sammy has made a sharp U-turn during an appearance on OKAY FM.

As confessed by remorseful Brother Sammy on live radio, he’s now ready to get intimate with his wife – Therefore his earlier comments should be treated as rubbish.