Joyce Blessing And Brother Sammy Get Netizens Talking As They Join Akwaboah To Sing His Hit Single, ‘Obia’ – Watch Video 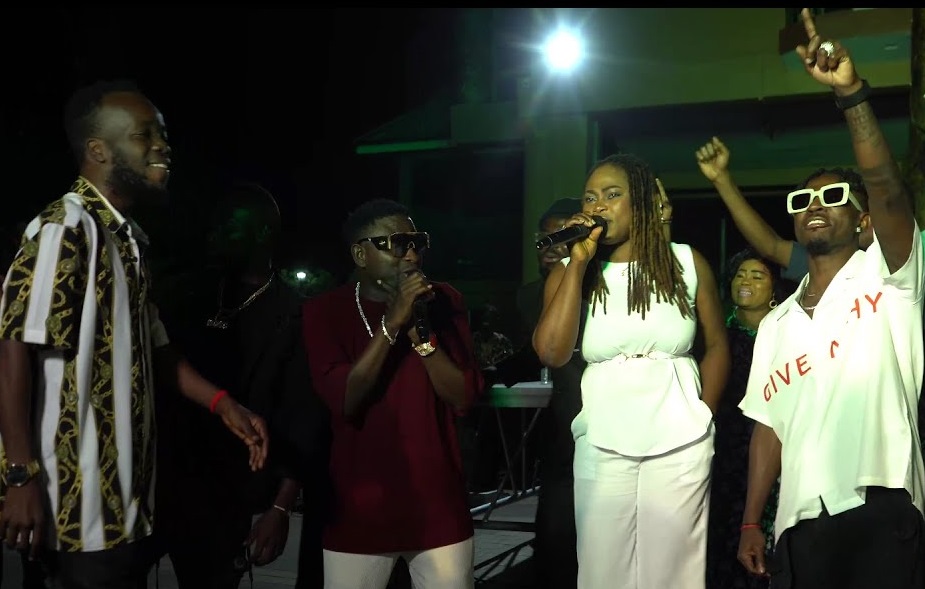 It is rare to see gospel music stars in Ghana perform with their colleagues who do secular music because of the way many Christians perceive the latter group.

On the occasion of a party organized by top Kumawood stars in Kumasi to end the year, 2022, Joyce Blessing and Brother Sammy decided to join Akwaboah while he was on stage performing.

READ ALSO: Kaywa Finally Discloses How He Got His Showbiz Name And What It Means – Watch Video

Akwaboah had thrilled the movie stars and the other people gathered at the venue for the end-of-year party for over ten minutes before he finally dropped his hit song, ‘Obia’.

Just a few seconds after he started singing the song which features Cina Soul, award-winning gospel musician, Joyce Blessing joined him to deliver a spectacular performance.

The ‘I Swerve’ hitmaker sang the parts Cina Soul sang effortlessly and beautifully to the admiration of the people gathered there.

Just when they were about to call it a wrap, Brother Sammy, who is no new person when it comes to singing secular songs at public functions despite the @ttacks on him also joined his colleagues to entertain the audience.

Their performance together has received a lot of positive reactions on social media so far.

Watch the video of their performance below…

Cecilia Marfo Slapping My Husband Was Very Bad, I Leave Her...