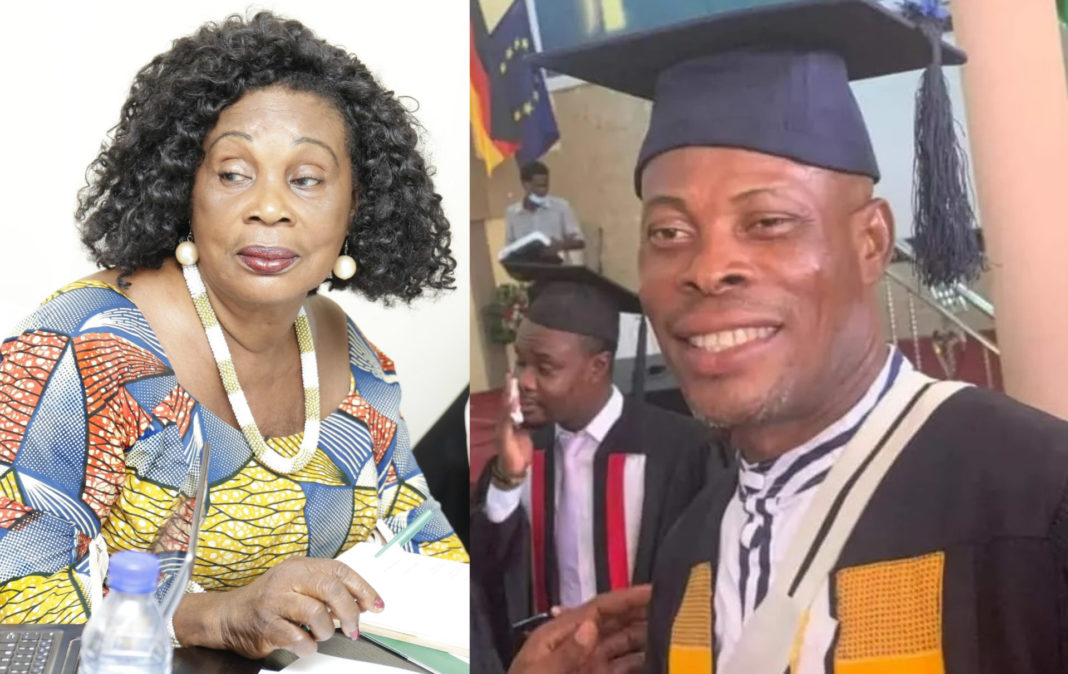 The entertainment industry in Ghana was hit with the sad news about the demise of veteran actor, Prince Yawson aka Waakye yesterday, August 2, 2022.

The news was all over social media as many Ghanaians shared their fondest memories of the interesting actor as they paid their tributes to him.

Following his sad demise, many people online have attributed his death to the stroke he suffered some time as the likely cause of death.

Well, these suggestions and the others seen online have been subtly confirmed by veteran actress, Grace Omaboe, popularly known as Maame Dokono who is fully aware of how Waakye died.

In a report sighted on Adomonline, Maame Dokono revealed in an interview she granted Adom FM that Waakye was taken to Ridge Hospital but due to the lack of hospital beds, he was moved to the 37 Military Hospital.

She added that at the 37 Military Hospital, they were also confronted with a similar problem which forced the hospital to treat him on a stretcher.

Making this revelation, Maame Dokono is reported to have said: “At the 37 Military Hospital, they also had no hospital beds so he was attended to on a stretcher. Before they got back with equipment to attend to him, he gave up the ghost.”

Maame Dokono also revealed Waakye was very strong until his sad demise yesterday because just about a week ago, they all attended a colleague’s 70th birthday party.

Listen to the interview she granted Adom FM below…