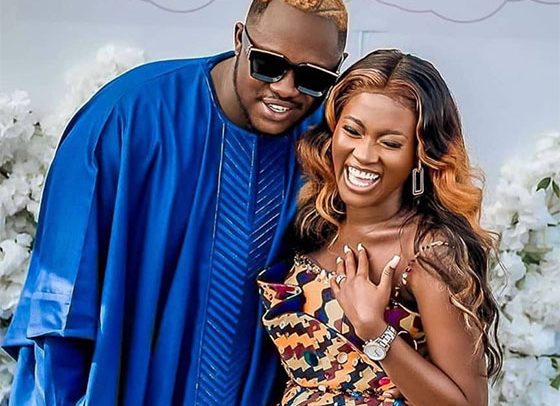 Ghanaian rapper, Medikal has confirmed the pregnancy of his wife in a new video.

The video which was a new song featuring King Promise titled ‘Odo’ had Fella Makafui flaunting her huge baby bump.

READ ALSO: Kobby Salm Releases Official Album Art Cover, Tracklist And Credits Ahead Of His Debut Album #ITMOC (In The Midst Of Comfort)

This comes after rumours that the actress was pregnant some weeks ago.

The video had scenes of their wedding ceremony which took place a couple of months ago.

Medical described his wife as his virus and his cure in this piece.

The visuals of ‘Odo’ was directed by Yaw Skyface.