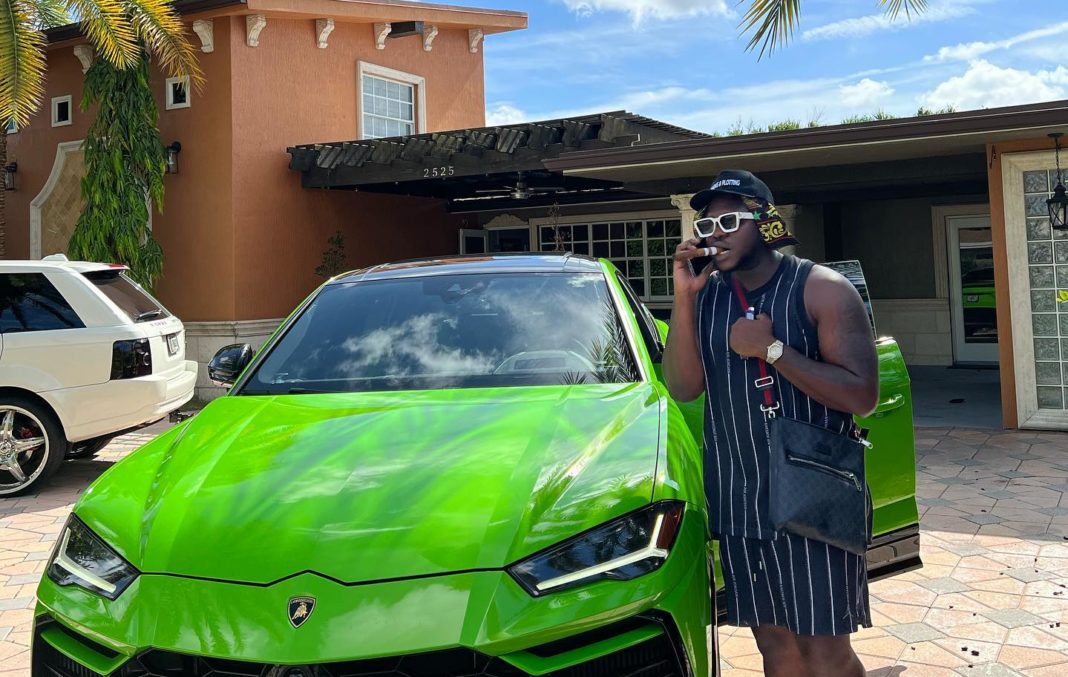 Award-winning Ghanaian rapper, Medikal has just added another property to the many he has already.

This time around, he acquired the property in the United States of America.

Medikal made the announcement about the acquisition of this new property via some videos and photos he shared on his Instagram story on Wednesday, August 3, 2022.

In the videos he shares which has the caption ‘acquire property’, Medikal is seen touring the huge house with someone who sounds like his agent as they inspected the property.

Medikal is heard giving instructions about how he wants the place renovated and the sort of things he wants in the house.

Well, this might be his ninth house taking into account what his wife, Fella Makafui said late last year as they moved into their house in Ghana.

It will be recalled that Fella Makafui claimed that she has acquired about 8 mansions with her husband.