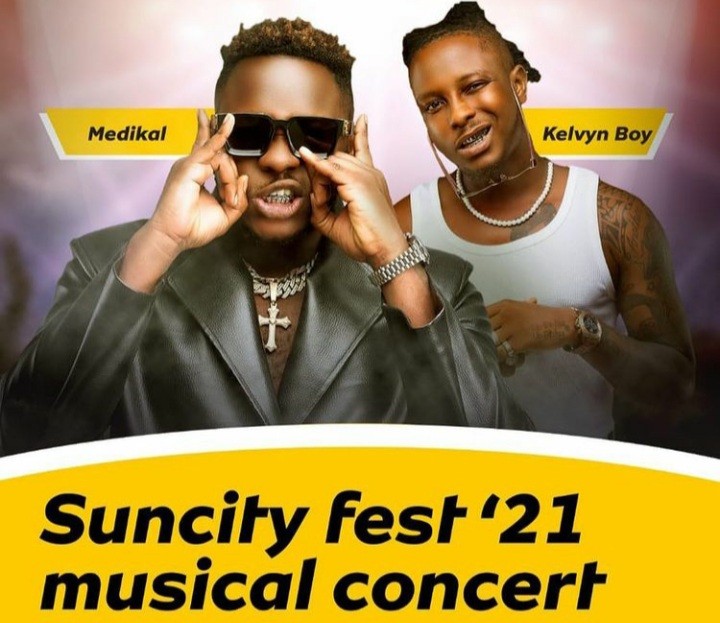 Medikal’s upcoming musical concert, the Suncity fest ’21 has been postponed.

This comes at the back of his arrest which happened a day ago. The rapper was arrested for brandishing a gun on social media.

The event which was scheduled to happen tomorrow, 23rd October at Eusbettt Hotel in Sunyani is part of MTN’s 25th anniversary celebrations.

The concert was being headlined by the embattled rapper and afrobeat singer, Kelvin Boy.

The singer announced in a post on Instagram has been postponed, clearly as a result of Medikal’s predicament.

Kelvin Boy has indicated that a new date will be communicated for the concert.

Medikal was handed a 5 days remand in police custody. earlier today in court. His wife and his team were present at the court hearing.