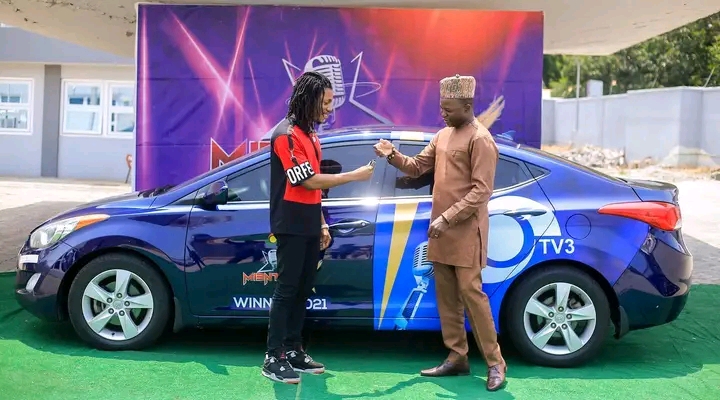 DSL, the winner of the Mentor X competition 2021 has received his car as promised.

The talented musician Lawrence Senyo Adiase took ownership of the car from TV3 on July 22 2022.

READ ALSO: I locked myself in hiding and cried like a baby – Gyakie reveals how she felt working with Davido

The brand new car was promised to come later which happened yesterday.

DSL was crowned the winner of the 2021 edition of TV3’s music reality show, Mentor on January 9 2022 at the National Theatre.

His win didn’t come as a surprise to many people as they predicted it because during the various weeks of the contest put up a consistent performance.

Nana Aba Leaves fans of Kuami Eugene in anticipation for his...