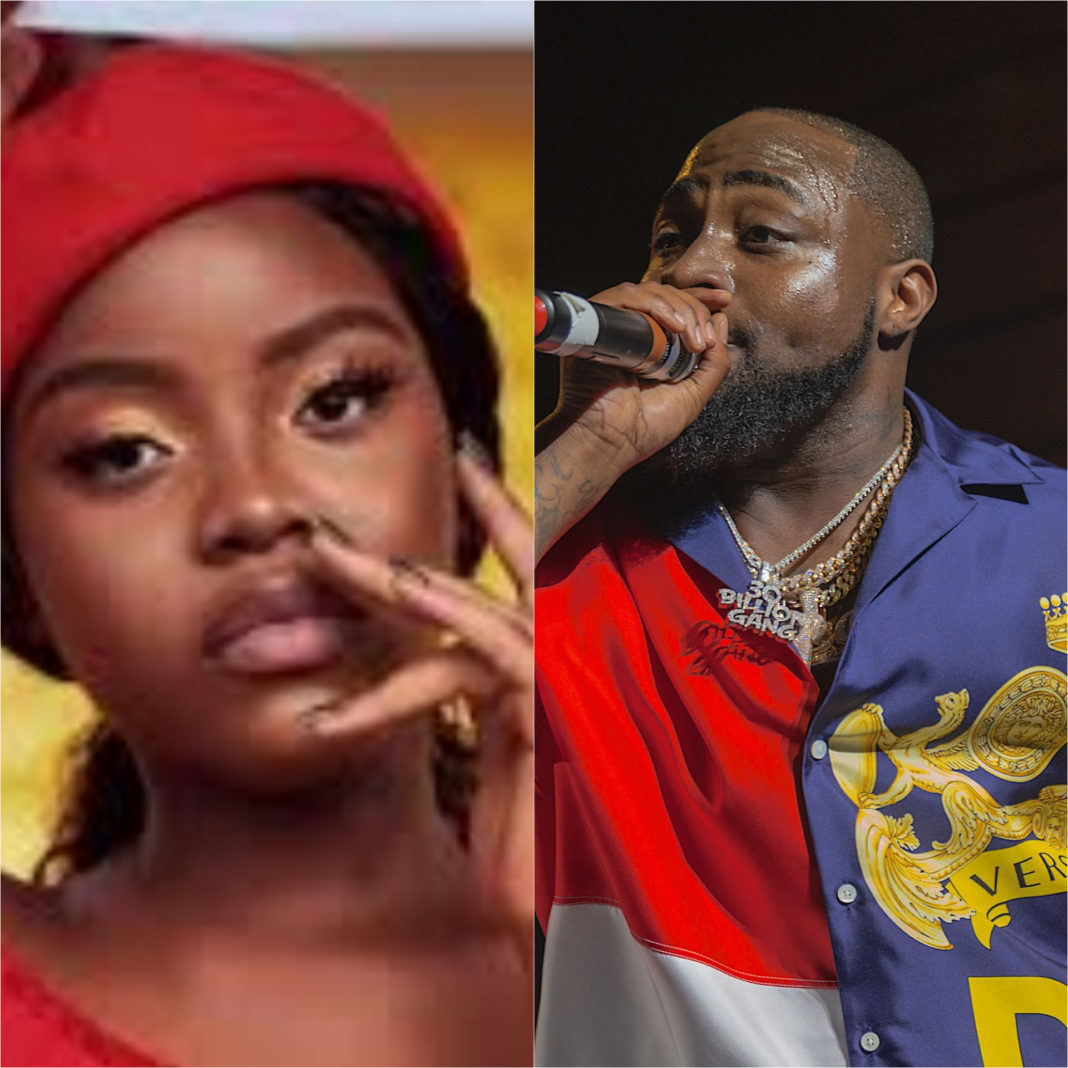 Award-winning singer Gyakie has opened up on how she felt working with Nigerian super star Davido.

Gyakie released a 6-track EP which has received a welcome from the music world and fans.

The EP had only one feature for which saw Davido on one of the songs titled “Flames”.

READ ALSO: She has no bad song – Netizens heap praises on Gyakie following the release of her new EP

Gyakie released a short video of Davido in a studio session just two days before the EP dropped.

But now, the young songstress has come all out to talk about how it felt like working with Davido.

Speaking at the listening session for her EP, Gyakie revealed that working with Davido is a dream come true.

READ ALSO: ‘He Was Going Cr@zy’ – Gyakie Reveals How Her Father Reacted After She Sampled His Song For Her Upcoming EP, ‘The Diary’ – Watch Video

“This is huge for me because we all know he(Davido) is an African Superstar and I didn’t expect this to happen right now,” she said.

Flames was not on the project. The project just had five songs with no collaboration but when we played a lot of the songs he liked this particular one and he jumped on it”.

“They were looking for me at the studio but couldn’t find me because I had locked myself in the washroom and was crying. I could not believe Davido was in the studio recording a verse on my song,” she added.

I Wrote My Verse Before I Got Into Contact With Gyakie,...