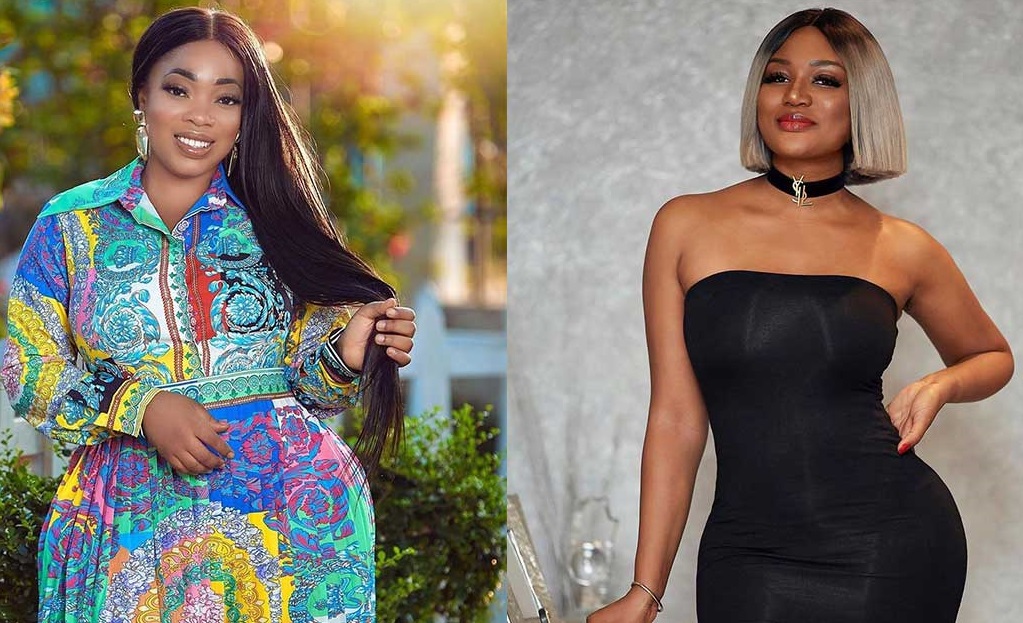 Born-again socialite, Moesha Bodoung now named Maurecia Babiinoti Boduong is on a path to apologize to people she hurt at the time she was in the world as she embarks on a journey with God now.

READ ALSO: Ghanaian Student In Ukraine Narrates How She Safely Moved To The Border Of Romania – Video

Commenting on some photos Sandra Ankobiah shared from her vacation in Turkey, Moesha confessed that she used to spread lies about Sandra and her boyfriend.

According to Moesha, she spread rumors about Sandra Ankobiah that her boyfriend was arrested and jailed for drugs after she supposedly heard it from others, however, she never spread those rumors to make Sandra look bad.

Moesha went on to reveal that Sandra Ankobiah would soon marry her uncle and they will live happily without anyone cheating on the other even though they both used to sleep with men for money.

“Sandra I’m very sorry for telling people that you had a boyfriend that was in jail for drugs and I also heard it from people and I never said it to make you look bad ,everyone talks about everyone in our industry and I know you’ve also spoken about me and laughed at my fake designers and I know you love me because God brought you into my life and you will marry my uncle and you two will love each other and No one will ever cheat on their partners and I will pray for God to protect your marriage and God will provide for you and my uncle. You will go back to being a lawyer and you will defend prisoners and I will take people out of jail by the help of God Almighty and I will help many prostitutes to find a job and they will love us because we both date men for money and I will defend you because you are my in-law .”

Moesha Buduong Drops Video To Tell Fans The Struggle She Is...