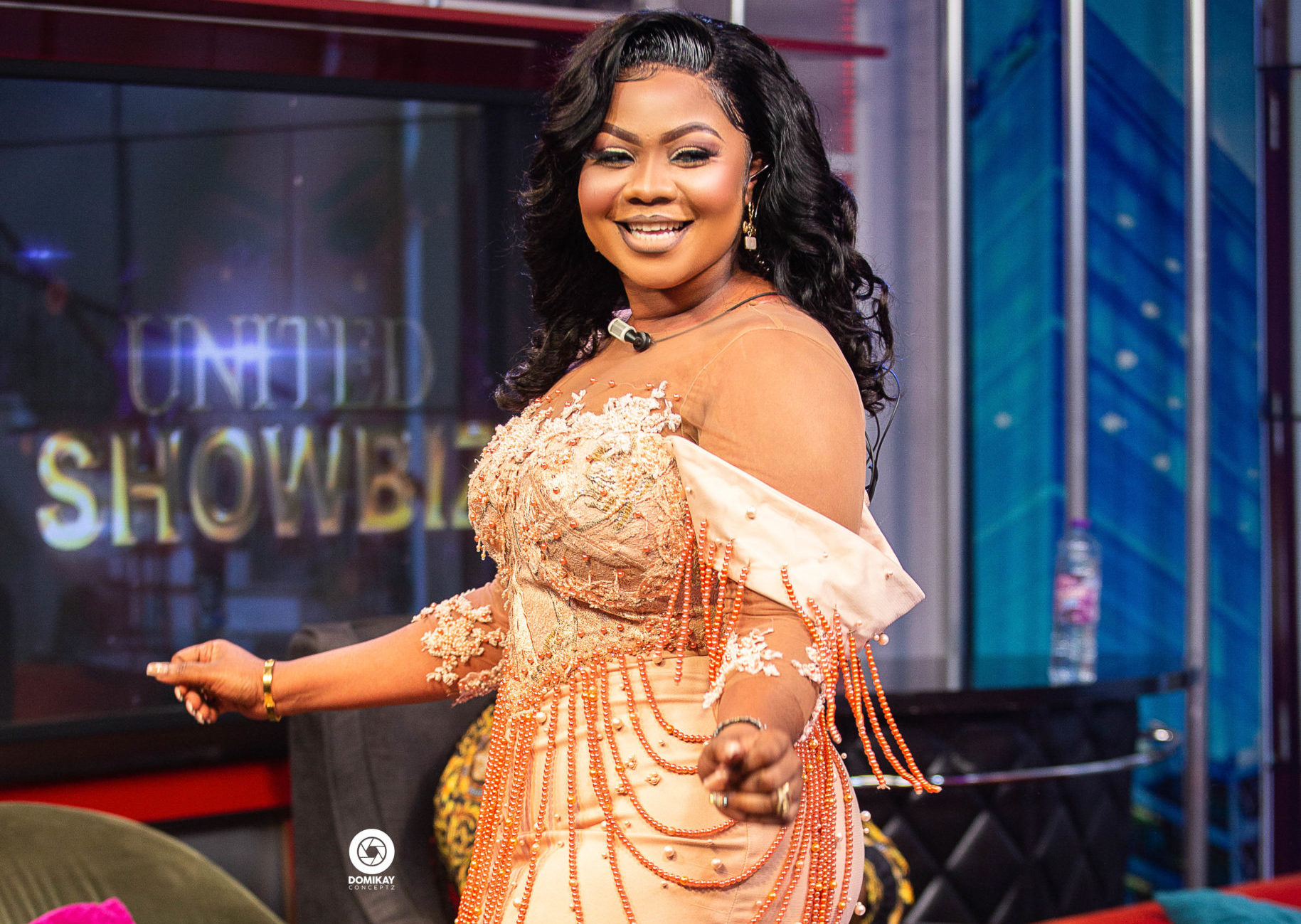 Last Saturday’s edition of award-winning entertainment TV show dubbed United Showbiz which airs on UTV has become one of the most talked-about in recent times.

Many of the discussions of the program has been centered on gospel musician, Empress Gifty Adorye who sat in as host for Nana Ama Mcbrown as the case has been in the last three weeks.

READ ALSO: VIDEO: Tracey Boakye Gifts Her ‘Grandchild’ Over Ghc10,000 And Other Items As She Attends Her Christening In Style

The award-winning gospel musician during the course of the program and after the program remained in the talks of many netizens who were mesmerized with her top-notch performance as the host of the show.

Many have said that she took control of the show and made it a lovely and interactive one and performed better than the two others who came the last two weeks.

Currently, many of these netizens have flooded social media with calls of the CEO OF United Television Fada Dickson to maintain Empress Gifty as a temporal host of the show until Mcbrown was fit to return as the permanent host.

Well, it appears that the pundits on the show which include Bullgod, Arnold, and A Plus also have similar sentiments as a behind the scene video captures them applauding her for that perfect showmanship.

Below are some of the comments sighted online