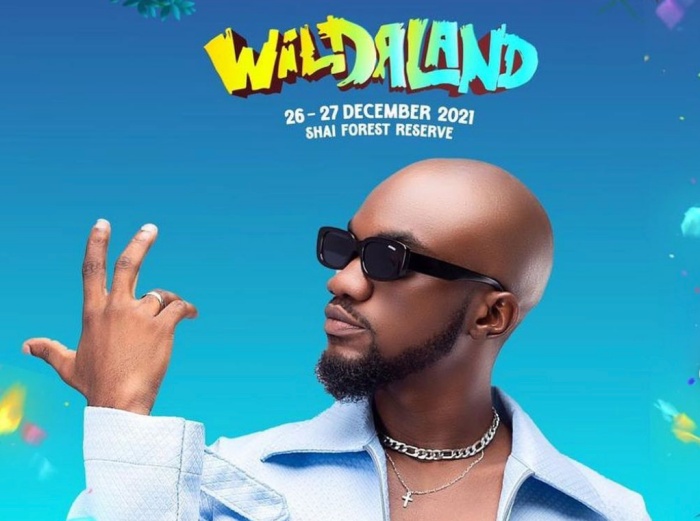 Nkonkonsa.com has exclusively reported that Highly Spiritual signed musician, Mr Drew decided to walk off the stage during his performance at Wildaland Internation Festival 2021 over some technical issues which came up.

The first edition of WILDALAND International Festival was held in Shai Hills on 26th and 27th December 2021 and it hosted top Ghanaian and Nigerian musicians who entertained thousands of revealers that wanted to experience fun and expedition away from their usual demography.

Lots of music lovers thronged the Shai forests reserve where the event was held to have a good time with friends and family at the 2-Day entertainment, tourism and lifestyle festival.

There were some technical challenges during the concerts especially with the sound and Mr Drew who was one of the artists billed on the Day1 of the festival rudely walked off stage during his performance due to the hitches in sound.

Fans who traveled long distances and paid tickets to the event were unhappy and shocked with Mr. Drew for disregarding his fans, organizers, and even visitors who had traveled from far and near to watch the “Mood” hitmaker’s entertaining performance.

Before his discourteous exit from the stage, Mr Drew made any communication whatsoever with his fans and he or his management haven’t issued any public explanation or apology for his avoidable action after he walked off.

Meanwhile, Rapper Joey who came on stage after Mr. Drew, experienced similar technical hitches but found a way to tastefully improvise and entertain the crowd all through his performance. Joey B engaged the crowd and completely entertained them, instead of angrily walking off the stage like his fellow Musician, Mr Drew.

Organizers of the event have confirmed to NKONKONSA.COM that all Musicians billed to perform at the festival including Mr. Drew have been fully paid for their performance. Adding that technical hitches are inevitable when it comes to huge events like WILDALAND Festival.