My Girlfriend Dumped Me Because We Ate Gari Constantly – Quamina MP 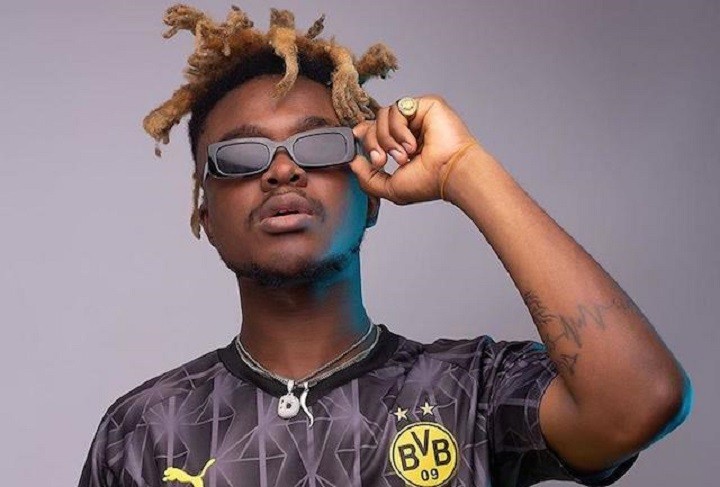 Ghanaian musician, Quamina MP has revealed why his girlfriend dumped him.

The ‘Amanfour Girls’ composer told Asempa FM in an interview that his girlfriend dumped him because they ate gari constantly.

“I had someone way back, we dated for like four years, we used to eat gari and beans and soakings, but e be like the gari choke for her stomach,” he disclosed.

Quamina said the girl wanted to come into his life again after he became popular.

“My Ex-girlfriend wanted to come back when I became Quamina MP but the yawa be say, some boy take am.

“The boy then he dey drive corolla, so he came to take my girl wey he say he go marry the girl, he will take her to school and things but e no happen,” he said in pidgin language.

“I don’t blame the girl at all, I just felt she’s my past, so it means if we dey wey yawa happen, she still go lef right, she no go fit.”

Quamina Mp added that he is working hard to avoid such issues in the future.

“After everything I feel like no, right now I have to focus and do more for myself, if I get girl next time, she no go left because of gari or something,” he stated.