Ghanaian songstress turned entrepreneur, Belinda Nana Ekua Amoah known popularly as Mzbel has turned on Prophet Nigel Gaisie, who she recently revealed is a good friend of hers in a bloody manner.

According to Mzbel, the supporters of the National Democratic Congress(NDC) must totally ignore the prophecies of the general overseer of the Prophetic Hill Chapel and concentrate on working hard to win the 2020 elections.

In a Facebook post of the ‘Bel’s Pub’ boss zionfelix.net has sighted, she alleges that about 70% of the prophesies Nigel Gaisie gives are prediction from one Mallam Sham-Una.

Mzbel also added that she got this explosive information from the Mallam who decided to confide in herself and other close friends of the NDC prophet.

The little background to Mzbel’s post is that the General overseer of the Prophetic Hill Chapel during the December 31 vigil at his church made some prophecies about the 2020 general election in Ghana.

Among his many prophecies, the man of God predicted that the NDC led by the former president John Dramani Mahama was going to win the coming election with a percentage of 52.1. 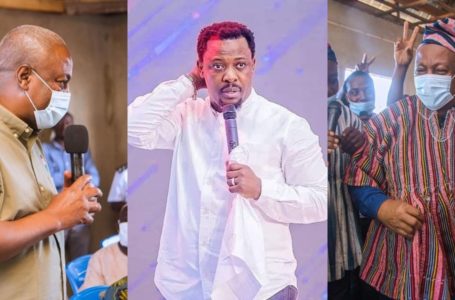