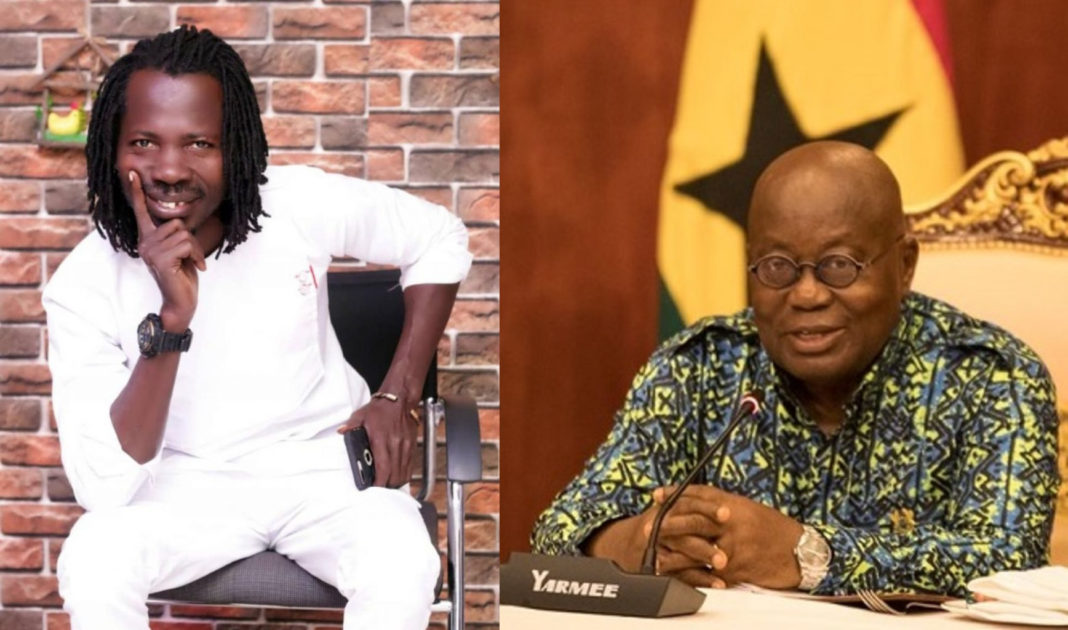 There appears to be a wide consensus that things are currently difficult in Ghana, especially in terms of the finances of many Ghanaians.

A lot of Ghanaians have been crying foul on social media and mainstream media and asking that President Akufo-Addo’s government do better to improve things in the country.

READ ALSO: Photos: Gloria Sarfo Mourns Her Mum As She Is Being Laid To Rest Today

Many of the people who have been complaining bitterly have sighted the numerous promises President Akufo-Addo made before he took power from former President John Dramani Mahama as reasons why they are very disappointed in his governance so far.

In the song, he titles, ‘Nana Mafia’, Top Kay beseeches former president John Dramani Mahama to come back and take over the whims of power because President Nana Akudo-Addo has done a very poor job after he took over as president.

He also pointed out that Ghanaians never expected President Akufo-Addo to disappoint Ghanaians in this manner despite all his claims that Ghana has a lot of money that is being wasted.

Take a listen to the song produced by Apya below…