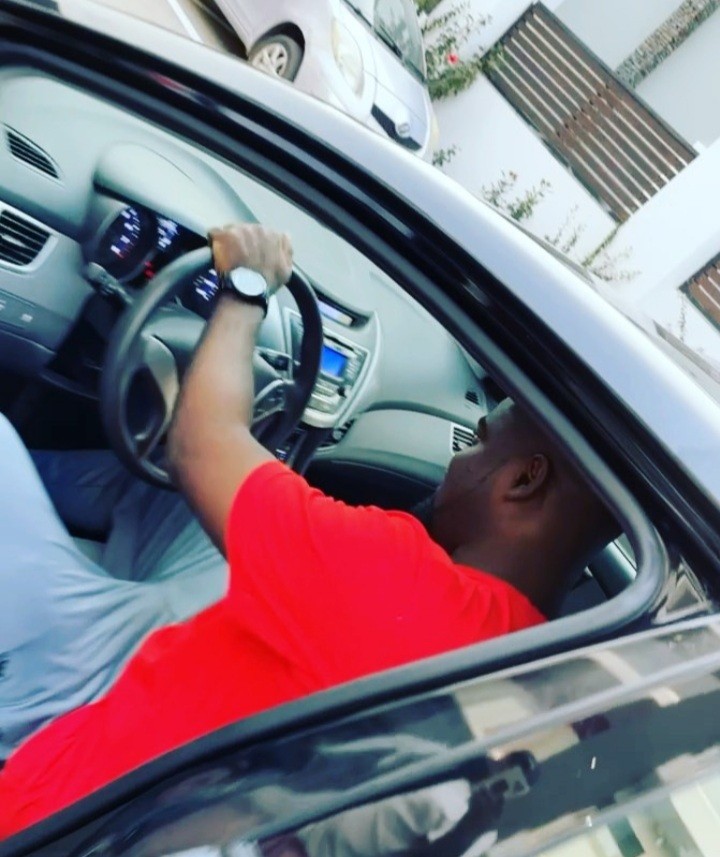 Newest driver in town, productions manager, events manager and editor for 4syte TV, Kweku Styls is the happiest man alive as he gets to start February with a brand new whip after celebrating his birthday on January 31.

The man behind the entertaining contents from 4syte TV was spotted in his Hyundai Saloon car presented to him by Sarkodie as he tries to fimd his way around the new beauty in his garage.

In a video posted on 4syte TV’s Instagram page, the confused-looking Styls sat in the driving seat of the sleek car not knowing what exactly to do next as his friends looked on and laughed at him. He is heard asking his friends what he should do next after entering the car.

The Hyundai sedan was given to the hardworking productions manager by the Chief Executive Officer of 4syte TV Ignace Hego, for his dedication and hardwork in supporting the media firm to get to where it has gotten to.

The car was presented to him by Sarkodie who thanked him for his immense support to the brand over the years. King Sark announced that the new whip is an appreciation of his loyalty. 4syte TV in an Instagram post referred to Styls as one of their “engines” which no one can replace.