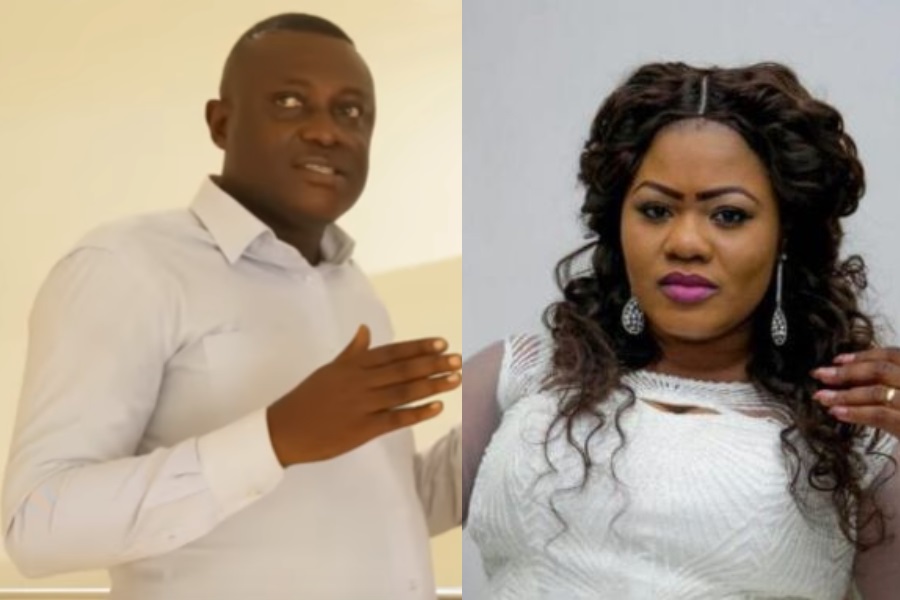 The former husband of renowned Ghanaian gospel musician, Obaapa Christy who is popularly called Pastor Hammond Love, the General Overseer of the Life Power has revealed that the latter has been preventing him from seeing their three kids following their divorce some twelve years ago.

He made this revelation when he spoke to Christian Agyei Frimpong on Onua FM recently.

According to Pastor Love, after the divorce, the court granted both of them custody of their children. However, after relocating to Germany and marrying another man, Obaapa Christy has prevented him from seeing their children.

He added that the last time he saw the last of their three children, she was just two years old but now, she is fourteen years old.

“My last child was two years when she took her to Germany. Now she is 14 years old. I’ve not seen her since they left. I’ve left everything to God. I will not fight over them because if I do, Ghanaians will lend their support Obaapa Christy,”  he said.

READ ALSO: Allow Me To Pay The Fine For You – Shatta Wale’s Good Friend, Ameyaw Debrah Tells Him

Pastor Love however made the point that he has no plans of chasing the kids because he has the strong conviction that they will look for him when they grow.

“The children know me inside out. In the future, they will come looking for their father. You know me very well. I wouldn’t t have let things like this slide, but I’m not like that again. By God’s grace, people around me have helped me change for the better,” Pastor Love stated.